The term, womanist, was coined in 1979 by Alice Walker, who defined womanist as a “black feminist or a feminist of color” and likened “womanism to feminism as purple is to lavender” (Walker, 1983).  From that point on women of color adopted the term, womanist, as a way to address the intersections of race and gender. Womanism proved to be an ideal concept for African American women that both rejected and accepted feminism. Examining the role that Missy Elliott had in redefining the female patterns of identity in Hip Hop is enhanced by looking through the womanist lens. The womanist framework is ideal because it provides a culturally based and gender specific filter that affirms the inseparable nature of oppressive identities faced by African American women

Hip Hop through the Womanist Lens

The role of women in Hip Hop has evolved over the course of time. Since the beginning, women participated in Hip Hop culture as MCs, DJs, dancers, and graffiti artists; yet, their influence and prominence has constantly remained inferior to that of their male counterparts. However, in the mid- to late 1980s there was a wave of feminist/womanist artist that used their music for women’s empowerment—particularly centered around sexuality. Artists such as Queen Latifah and Salt-n-Pepa were among the first to do so; a second generation emerged in the mid 1990s, including artists like Missy Elliott. These women spoke about the daily struggles of sexism and set the tone for women’s empowerment in Hip Hop.

However, these messages become overshadowed by the increasingly misogynistic themes expressed by mainstream male artists. These themes popularized in the 1990’s by gangsta rap and Dirty South rap, which is closely associated with strip club culture began to drown out the positive messages of these women. Instead, the music industry promoted women artist who emphasized their sexuality and tended to isolate women that didn’t fit the “video vixen” prototype. The commercialization of mainstream Hip Hop, has been acquired through an increase in sexualization of African American women, likening women to materialistic gain. This hypersexualization of the women’s body is a unique to African American women throughout all of history and has been further normalized as an identity trait for African American women in both academic and popular culture.

As Hip Hop continued on a path of sexual materialism and exploitation of women for economic gain, the presentations of African American women became highly sexualized—which is not a new concept and is prevalent historical portrayals of African American women. This portrayal of African American women led to a limited script of womanhood seen throughout the media which included the Jezebel, the Mammy, the Matriarch, and sassy Sapphire, and the Welfare Mother (Hooks, 1992). As time has changed remnants of these scripts remain especially in pop culture, but they’ve taken a turn. We now have scripts such as the Diva, the Gold Digger, the Ride or Die, and the Baby Mama to sexually exploit African American woman based on heterosexual and patriarchal culture of Hip Hop (Stephens & Phillips, 2003).

With the rise of feminist and womanist, like Missy Elliott, the stereotypical view of African American women as only sexual beings has been disputed. Through her creativity and innovation, Missy Elliott has broken the boundaries of female patterns of identity in the Hip Hop industry and proved overt sexuality isn’t the only way to rise to the top. 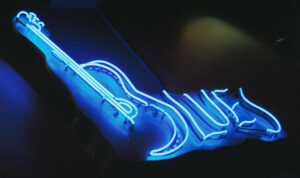 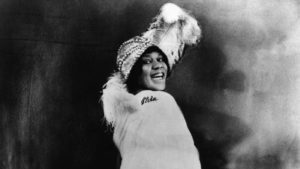 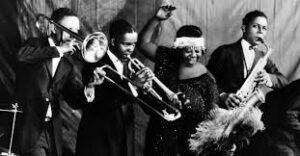 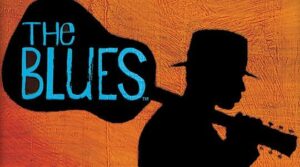