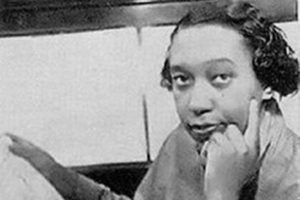 Julia Perry is famously known as an American neoclassical composer. Neoclassical was very distinct from common classical music as it arose in the early twentieth century where composers attempted to reintroduce classical aspects from the 18th century. Perry was born in Lexington, Kentucky and her childhood was spent engrossed in music as she studied voice, piano, and composition. She attended well known schools such as Westminster Choir College and Juilliard, and obtained high honors for her work as a musician and composer. In 1951, her hard work paid off and her first composition, “Stabat Mater” , became an instant hit. A couple years later, her work earned her the opportunity to study in Florence, Italy and Paris, France under renowned composers who contributed greatly to Perry’s composition style. She left, and ended up at Florida A&M for a few years and later transferred to Atlanta University. After teaching, Perry continued to compose and eventually became well known for her different rhythm techniques throughout her compositions. Her compositions didn’t rise to fame till the late 1960’s , but in 1971 she became paralyzed in various parts of body resulting in a loss of mobility. Perry didn’t let this stop her, and taught herself to write again and was able to add more work to her collection only to pass away in 1979. Her music is notably known for using dissonance which is the lack of harmony among musical notes. By the end of her career, her work became widely acclaimed and eventually was performed by New York Philharmonic and many famous orchestras across the country.