Jubilee Quartets made its rise post slavery in between the time of the great depression.

This unique type of singing , “evolved as a sub-genre of gospel music” and usually consists of four to six group members who were mainly men. This group usually sings with very little to no instruments making most of their music acapella.  This tradition is synthesis of as described in our book African American Music , is  “African American and Western practices, containing distinctive elements and sonic qualities that express cultural values and aesthetics of the African American community.” Within the black church quartets created a “basic conceptual and behavioral framework” for many ensembles today. This genre historically turned into the jubilee period in 1880-1929 and eventually to the gospel period in 1946-1969.

From jubilee quartets you see Minstrel shows taking the spotlight from original jubilee singers just to obtain social recognition and profit.  In addition, within universities in order to gain money and exposure for their school. A prime example is Fisk University, they sent their students who were former slaves along with choir director George L. White to tour across the United States in addition to Europe in the beginning of 1873. This was a way for the school to gain profit as they were close to bankruptcy and closing in 1870.

The Jubilee quartets were developed from three musical sources “ harmonized Western-influenced ensemble singing of jubilee choirs, the African American barbershop quartet singing style , and call and response of African American folk spirituals and works songs. I personally find this genre a very intriguing style of music, when hearing videos it was a moderate to fast upbeat type of singing but also included historical events and emotion as well.

Some important Jubilee performers were some of the common artists within the Golden Gate Quartet. The group consisted of Willie Johnson ( baritone), William Langford ( tenor) , Henry Owens ( second tenor) and Orlandus Wilson (bass) . Made an impact not only in their communities but on radio broadcasts and an appearance on John Hammond’s 1938, ” Spirituals to Swing”  at Carnegie Hall and only went up from there; below is a video of the earlier songs in the Golden Gate quartets career. 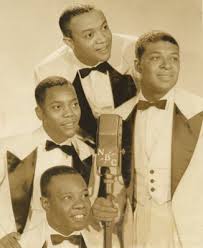