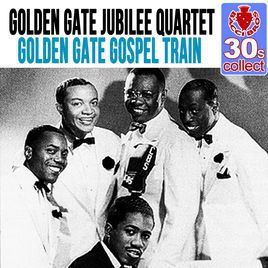 Jubilee quartets sprouted in the late 1800’s from the root of negro spirituals. Quartet music consist of a combination of spiritual and westernized adaptations. Quartet groups include 4 singers, 1 bass, baritone (often narrates), 2nd tenner, and 1st tenner. Musical selections are sung in acopella.

There are multiple variations of jubilee quartets.

Became evident after American civil war when American missionary associations created educational institutions for emancipated slaves. Fisk Jubilee Quartet, led by George L White, serves as origination of Jubilee Quartets. When Fisk University struggled to acquire the appropriate funds to keep the school afloat, George White created the choir group who performed negro spirituals on international tours. The group successfully provided enough income to prevent closing the university, and gained fame across the country. Many other black universities were influenced by Fisk Jubilee which led to the recognition of Jubilee quartet as an official genre.

Mistrel quartets were performed under the instruction of white people for the purpose of mocking entertainment. Many minstrel performances were racist appropriations of black culture. Black minstrel groups were granted privileges not guaranteed for most blacks. ” While winning the adoration of Black as well as White audience, they successfully integrated into an entertainment world previously reserved exclusively for Whites.” (Burnim 2015). Today, Black entertainment is often culturally appropriated by Whites. In the video “This is America” by Childish Gambino, Gambino performs a 21st century depiction of Minstrel in efforts of using entertainment to depict police brutality and injustice in America. He displays himself as a black man performing and entertaining in America for the purpose of  fame , money, and popularity.

Community based quartets were influenced by Minstrel and University quartets. Community based quartet sounds contain a syncopated best different from the lyrical singing style of University quartet. Groups received heavy influence for style of music from churches, neighborhoods and the subdivisions of community. Some groups performed in the community while other groups became more popular and performed internationally and for Whites. Some early community jubilee quartet groups include Dinwiddie Colored Quartet and Heavenly Gospel Singers. [embedyt]

Shape note and sacred harp venture from the usual african adaptation of music style. This type of quartet uses an more classical approach to delivery. There were few sacred note sacred harp groups in the south.  Some community groups performed and practiced this type of jubilee quartet style.

The emergence of quartet groups, especially university quartets, was the beginning of recognition of black music style, specifically syncopated and percussive rhythms in addition to adapted styles from negro spirituals. When the world was introduced to radio, quartet groups received expedited popularity. Artist could now collect royalties for their music. Quartet groups were a passage for congregation of community through song. Overall, quartet groups represented a small push in societal recognition for black folks and their musical abilities.

Quartet styles have influenced music of the 21st century. The quartet era was the beginning of entertaining rhythmic music performed by blacks. Today’s music for certain includes melodies and syncopated rhythm. After the transitional period (1800-1929), came the debut of gospel music in 1939 which was heavily influenced by quartet style. Similar to today, the quartet style was heavily copied by white artist. Although music was enjoyed by white counterparts, performances were sometimes used as ways to mimic and humiliate black people. Then and now, it is important for artist to identify differences between entertaining solely for fame purposes and creating music to promote inclusion and congregation of the black community. 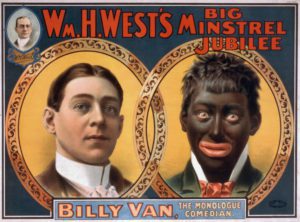