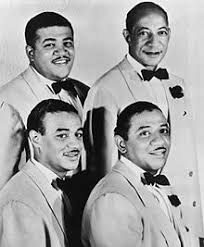 Jubilee Quartets  started in the late nineteenth century and early twentieth century. The money made from the performances would be used to fund historically black colleges and universities. The first jubilee quartet was started at Fisk University  and they were called the “Fisk Jubilee Singers” There were many different types of Jubilee Quartets. Here are some examples:

The quarters consist of four singers: two tenors, one bass, and baritones.