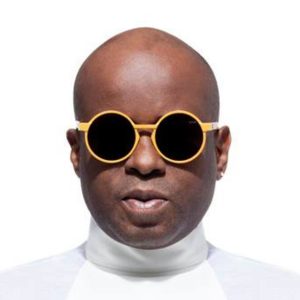 Juan Atkins (born September 12, 1962) is an American musician. He is widely credited as the originator of techno music,[1] specifically Detroit Techno along with Derrick May and Kevin Saunderson. The three, sometimes called the Belleville Three, attended high school together in Belleville, Michigan, near Detroit.  Atkins’ earlier works are generally considered electro. Over the years, his sound matured and grew in complexity, and many of his more recent works are heavily layered rhythmic soundscapes. Today, this techno is considered its own genre.