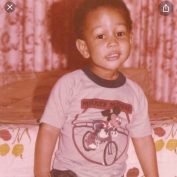 John Legend was born as John Roger Stephens on December 28, 1978 in Springfield, Ohio. He is the son of Phyllis Elaine ( a seamstress) and Ronald Lamar Stephens ( a factory worker). His parents were separate for 12 years before getting remarried to each other. Stephens was home schooled by his mother, by the age of four he began to play the piano, at the age of 7 he performed in the church choir and soon was able to skip two grades because of his academic talent. At the age of 12, Stephens attended North High School where he graduated top of his class and received admissions from Harvard University, Morehouse College, Georgetown University and many more, In the end, he chose to attend University of Pennsylvania, where he served as president and musical director of the co-ed jazz and pop group, The Counterparts. After two years, a friend introduced Stephens to Lauryn Hill where she hired him to play the piano on “Everything Is Everything” a song and after that became well known for his artistry and musical talents. After that the rest became history. 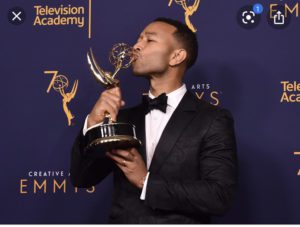 John Roger Stephen became John Legend when Ivy encouraged him to change his last name to Legend because it sounded like a soul signer from the old school, one of the legends. In 2001, Devo S. introduced Legend to Kanye West where Legend was hired and sung hooks of Kanye’s music. Four years later, Legend released his debut album Get Lifted which sol 116,000 copies in its first week and 540,300 copies in the United States. Because of this debut album John Legend was nominated for many different awards including Best Male R&B Vocal Performance and Best R&B Album. After that he began to be highly sought out by people such as Jay , Fergie, Mary K. Blige and many more. For the next few years, he made appearances on television shows, music videos, and highly acclaimed music artist. In January 2008, Legend career had fully bloomed into him touring, doing videos in favor of Barack Obama, and performing live for the BET Awards and many more. As of 2020, John Legend was working on his seventh album which was released June 19th. 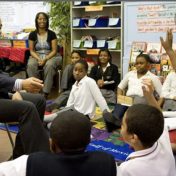 John Legend has taken part of over dozens of charities ranging from performs in Ohio in 2005 for tex levy, partnering with Tide Laundry Detergent to raise awareness about families in St. Bernard Parish who were affected by the hurricane. In 2008, he started touring with Alexus Ruffin and Professor Jeff Sachs to promote sustainable development. Two years later, he performed “Coming Home” as a tribute to the active troops of combat operations in Iraq. In 2011, he performed “Love I’ve Never Known” to raise awareness and money to fight AIDS/HIV and related health and social issues. Recently, he cosigned a letter to the United States Secretary- General calling for a more humane drug policy. As we have seen over the years, John Legend was passionate on one topic only and that was the well being and daily lives of all people whether affected by health, low income families, troops and those affected by climate change, His effort to pour back into his community shows how much of an outstanding person and legend he is. Through his time, resources and dedication he has helped millions.

The first video is a special song of mine, Ordinary People. The second video is a full concert of all his top songs. I hope you enjoy.