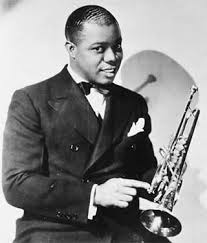 Joe “King” Oliver, Joseph Nathan Oliver,  is one of the most prominent figures in the jazz era. Oliver was a jazz cornet player and bandleader. Oliver is known for his musical skills of incorporating mutes, derbies, bottles and cups. Oliver began his musical talents as he joined a children’s brass band, formed by a Walter Kenehan, He played the trombone and cornet at funerals and parades. In 1918 Oliver moved to Chicago to work in bassist William Manual “Bill” Johnson’s band. Oliver played with Johnson at the Royal Gardens Café and performed with Lawrence Duhe at the Dreamland Café and in the White Sox Booster Band. By 1920, Oliver was leading his own band at Dreamland. After performing briefly with Edward “Kid” Ory in California during 1921, he returned to Chicago and developed the famous King Oliver’s Creole Jazz Band in 1922. Oliver is also well known for providing musical advice and professional support to Louis Armstrong, another prominent figure in jazz.

Comment made by Gary Giddons in his book Visions of Jazz on King Oliver’s Creole Jazz.