Origins of the Blues 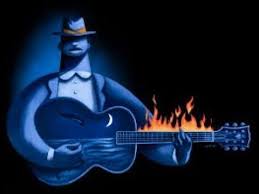 The Blues was a form of music that came directly after Ragtime music. It was popular in the 20th century amongst the black community. Blues music was found in the Mississippi Delta by people in poverty.The Blues was a form of music that incorporated elements of negro spiritual instruments (the fiddle) and dancing while performing. It is common for one to speak of their struggle in this music, but is also not foreign for one to reference jovial times while performing. The blues was a type of music in which you expressed an abundance of emotion ( in a stylist way). Typical Instruments associated with this genre include the guitar, piano, harmonica and drums.

Who is Jimmy Reed?

Mathis James Reed, otherwise known by his stage name “Jimmy Reed, is arguably one of the most influential Blues performers of all time. On September 6,1925 the legend himself was born in Mississippi on a plantation. He lived on the plantation up until the age of 15. While on the plantation, Reed gained basic skills on how to play the guitar and harmonica from local player Eddie Taylor who followed and helped him when his influence grew. While in Mississippi, Reed performed in numerous clubs and even on the streets in order to have another source of income, and to spread his influence. Jimmy them moved to Chicago where he enlisted in the army. 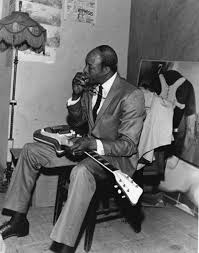 Once Reed moved to Chicago, his set up for his career was up and running. Reed was recognized for his ability to play the harmonic as well as the guitar simultaneously. This was impressive to his crowd, and they were impressed in his ability to transform the blues into dancing music (very much a crowd pleaser). Reed performed with many groups and was on the rise. Reed was so talented that he reached the billboard on many occasions and out sold many influential artist such as Muddy Waters and Little Walter. Reed also was able to perform in Apollo Theatre in Harlem and Carnegie Music Hall (Where the legends performed). Overall Reed was a successful figure, but his underlying issues stripped him of the recognition he deserved. 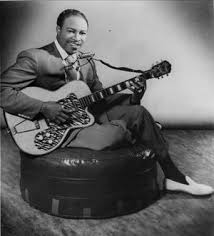 Unfortunately, Jimmy Reed allowed his alcoholism to ruin his career. It was not unheard of for musicians of this time to be alcoholics because most of them could control themselves and still maintain a good performance. Jimmy Reed was unable to control himself and this resulted in him forgetting words while performing. He also stumbled on stage as well as lost his beat while performing. His wife often aided him in remembering the words to his own music. He often disappointed his live audiences. 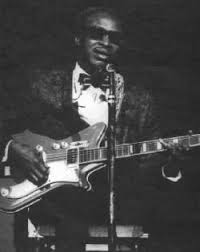 Although Jimmy Reed reached a high stature and was able to take out his opponents, his respect was not as high from others because of his alcoholism. Things in moderation are always acceptable, but once we abuse it, it has the ability to disrupt many opportunities. Reed has proved time and time again that he was one of the greatest, but is merely mentioned because of his issues. If he was able to masque his alcoholism in a more professional manner, he could have reached the greatest.