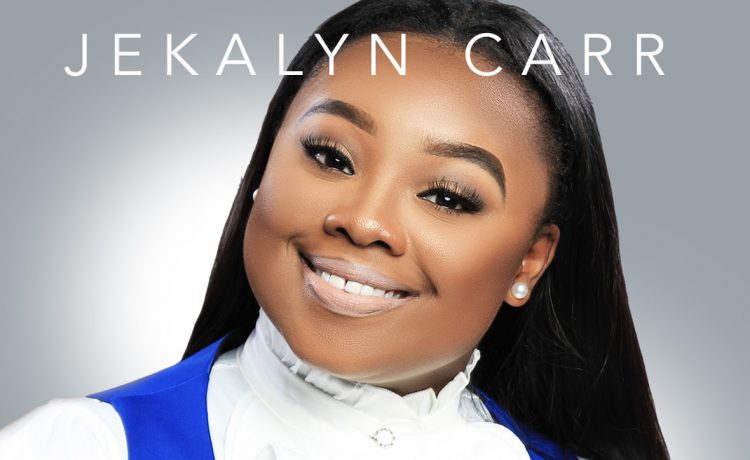 Jekalyn Carr was born April 22, 1997 to Jennifer and Allen Carr. Carr group up in West Memphis, Arkansas with a brother, Allen Jr., and a sister, Allundria. Carr was raised in the church began singing when she was only 5 years old and continued to improve her skills without any proper training. She served as the lead singer for her local church and soon became home schooled to accommodate the crazy schedule filled with singing, visits to other ministries and preaching events.

Carr’s life became dedicated to singing gospel music very early on as she became widely known. At the tender age of 9, she was performing with Shirley Caesar and Marvin Sapp. She released her first independent project titled “God has a Promise Over your Life” in 2010. Her next project called “Greater is Coming”, is also the title of the single that got her to the No.3 on Billboard Gospel Chart at 15 years old. the album, overall, ranked N0. 9 on the Gospel Album charts.

Jekalyn Carr has accomplished so much in her life so far and she is only 22 years old. She was only 16 years old when she received the Stellar award and 19 when Oprah Winfrey offered her a role in the Greenleaf series. Her ministry is growing by day and many people travel the world to hear her sing and preach. In interviews, she recalls Kim Burton, a well known gospel singer from Texas, as her favorite gospel singers.

Jekalyn Carr is an amazing singer. I got the opportunity to listen to her sing and preach at my church a couple weeks ago and it was absolutely magnificent. She inspires me constantly with the amazing things she’s doing because she’s around the same age as I am. She inspires me to stay in the right lane with God and continue down the right path.

Jekalyn Carr: A star on the rise