The jazz genre was born in the New Orleans, Louisiana during the mid 1800s. It was based on the painful history of the way Blacks had to live their lives; by improvising. It was said that if one couldn’t improvise as a Black person in the United States, then you couldn’t survive. Jazz was one of the many ways the Blacks were able to share their culture and history like the many genres before it. Besides being a genre based on improvisation, jazz has many characteristics of the genres that inspired it such as ragtime, and blues. There are call and response patterns, spiritual lyrics, and characteristics from old European songs. Like virtually every other aspect of Black culture, jazz was appropriated by whites. The genre gained much popularity as other nationalities, especially whites, began to claim it.

Jazz performers can come with many different talents, for it is a genre of instrumentation and voice. Dizzy Gillespie was a trumpeter and composer from the mid to late 20th century. Sarah Vaughn was a jazz singer through out most of the 20th century, and Esperanza Spalding is a jazz bassist and singer. 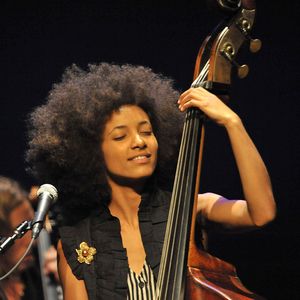 Jazz has continued to make debuts in the music of modern artists and went on to influence other genres such as rock and roll. I believe that jazz is a genre that generally represents how Blacks had to work with what they had and in doing so, we were always able to create something great.