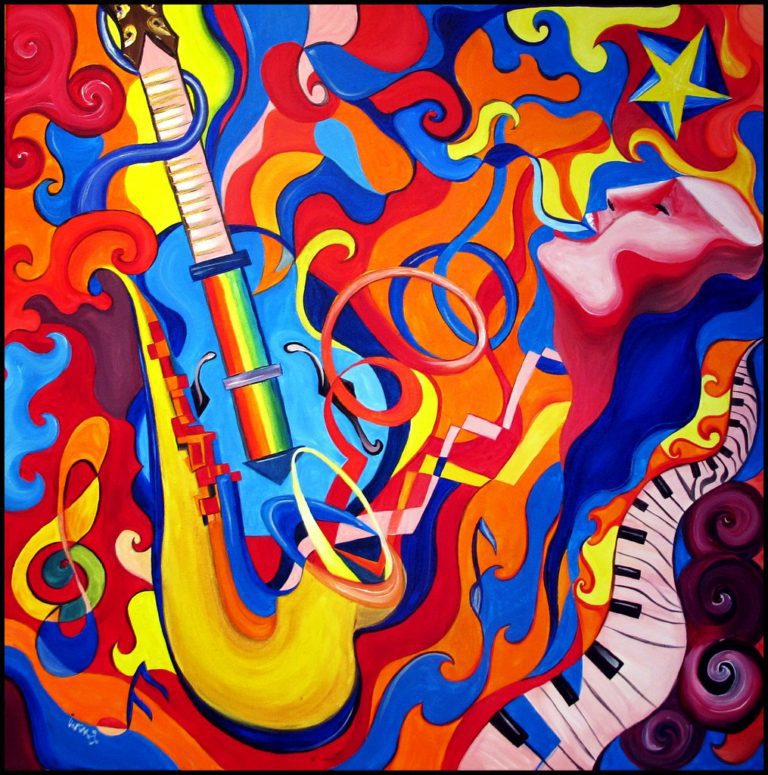 Jazz originated in the black churches of New Orleans, which was known melting pot in the mid-20th century due to the mixture of races(Spanish people, white people, black people,etc). Jazz is a special way of expressing feelings. All forms of Jazz music expressed ideas that you know, things in your head, and things that were coming at you. This was different from what was song in the music blacks made in the 1910s, 1920s, and the 1930s. Jazz music was famous for its call and response through rhythmic instrumentation. One aspect of jazz music was the use of player piano, which was an instrument that had the ability to play piano rolls by itself, common during this period. In 1930s, blues and ragtime became popular in new orleans, which evolved into jazz. Also, folk music(washboard and banjos) became blues, which became jazz music. Jazz soloists developed the most in jazz. Some soloists stuck to  g,c, and d;the chord constraints that that they played in modal and traditional jazz. Ornette Coleman was free jazz and didn’t play in a set of chords or chord constraints. John Coltrane was free jazz too. The basic 2’4 rhthym of ragtime became the classic 4’4 rhythm in swing jazz. Ella Fitzgerald was a jazz singer not blues singer and her ability to scat: vocal improvisation with wordless vocables, nonsense syllables or without words at all.