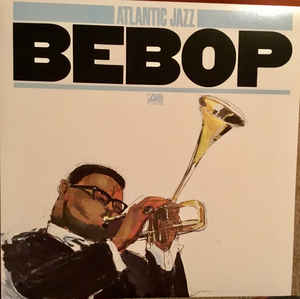 Jazz Music Was Never The Same: The Revolutionary Impact of Bebop

Jazz is a music genre that has stood the test of time. From being created more than a century ago, it has proven to be a music genre that can transcend generations. Yet, if it were not for jazz’s diversity, the genre would not have survived as long as it has. One of the sub-genres in jazz, bebop, certainly helped cement jazz’s foothold in the music world. If it were not for the creation of bebop, jazz music would not be as diverse as it is today, thus not being as popular of a genre as it is.

A style of jazz that was created in the 1940s, bebop promoted self-expression and shifted the identity of musicians. Spearheaded by Charlie Parker and Dizzy Gillespie, bebop is recognized for its unpredictable rhythms and fast tempos that drew heavily upon the musicians themselves and their ability to improvise while producing intricate harmonies. Unlike the music of the swing era that consisted of composed music that stunted musicians’ freedom, bebop was founded on the creativity and musicians themselves that allowed for a boom in innovative music. 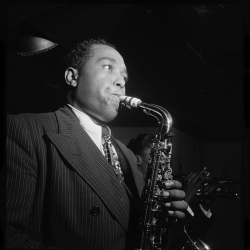 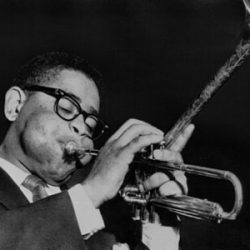 Music As An Art Form

Yet, bebop didn’t just allow creativity for musicians when they played; it allowed them the freedom to create their own identities. Bebop musicians, instead of wanting to be seen as the stereotypical Black entertainer, pushed for their music to be recognized as an art form and for themselves to be recognized as artists. Although some listeners felt alienated from the somewhat elitist culture inside of bebop, this shift of seeing musicians as artists helped elevate jazz as a whole and give musicians the room to try different styles or tempos. Going from a culture in which the music that was played was already composed to one that was based on the musician’s ingenuity, it allowed for the styles within jazz to grow and diversify as boundaries were thrown out the window.

Bebop is a genre of jazz that likes to break the mold. Around the time of its invention, it was common for bebop artists to create new melodies over old or well-known songs, such as what Charlie Parker did in “Ornithology,” which was created over a popular tune of the 40s, “How High the Moon.” But, bebop wasn’t just influencing musicians to create new melodies over old songs; it was also influencing whole new styles of jazz to be made. By the 1950s, a modern musician named Miles Davis recorded several singles that eventually became the album The Birth Of The Cool. Davis played in a way that followed bebop’s trend on innovativeness, but was softer than the loud or aggressive sounds of bebop, and eventually became the blueprint for a new jazz style, West Coast cool jazz. On the opposite end, during the 1950s, bebop also influenced the creation of hard bop that had elements from the blues and gospel music. Even 40 years after its inception, in the early 1980s, bebop was modifying the jazz genre, as a new strain, acoustic, bop-influenced jazz, was born.

Even after more than 70 years after its establishment, bebop still holds sway in modern music. Traces of the style can be heard in the music of Robert Glasper, Ambrose Akinmusire, and other contemporary jazz artists of today. Without bebop, cool jazz, hard bop, the acoustic bop-influenced jazz of the 80s, and many different jazz strains would not have been created. Bebop permitted musicians to break the mold of traditional, composed music and allow for their musical talent and ingenuity to shine. Although many at the time of its inception found the culture of bebop to be elitist, it gave musicians the authority to hone their craft and create the music or art they want to see, versus what was expected of them, thus diversifying the genre of jazz.

Waring, Charles. “What Is Bebop? And Why Is It Jazz’s Most Important Style?: UDiscover.” UDiscover Music, 15 July 2020, www.udiscovermusic.com/stories/what-is-bebop-jazz/.