Jasmine Marie Sullivan is an African-American singer/songwriter born in Philadelphia, Pennsylvania on April 9, 1987.Jasmine began her music career as a backup singer for Philadelphia International Records and later released her debut single “Need You Bad”, which was produced by Missy Elliot and reach #1 Billboard’s Hot R&B/Hip-Hop Songs. Some of her music influences include Lauryn Hill, Brandy, Changing Faces, and Kim Burrell. Her music consists of a variety of genres such as R&B, Reggae, dub, pop, jazz, and neo-soul. 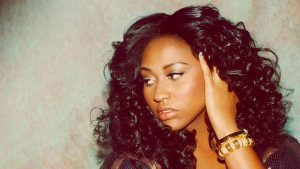