Jazz is a music genre that evolved the 19th and 20th centuries in many African American communities of New Orleans, Louisiana. Blues and ragtime were also orgins. Most jazz performances are improvisation and solos made up on the spot. Jazz is very rhythmic and has a forward momentum called swing, and uses bent or blue notes.

The Nature of Jazz

Jazz musicians place a high value on finding their own sound and style, for example the trumpeter Miles Davis sounds very different than Louis Armstrong. Each jazz musician has their own distinct sound. You could be listening to the same song, but performed by different people would have a completely different sound. Jazz is about making something familiar but with your own twist to it. This is one of the reasons a lot of people consider jazz "America's classical music". Jazz developed in the United States in the very early part of the 20th century. New Orleans near Mississippi River was a key role in this development process. African American musical traditions mixed with others and gradually jazz emerged from a blend of ragtime, marches, blues, and other kinds of music. At first jazz was mostly for dancing. After the first recordings of jazz were made in 1917, the music spread widely and developed rapidly. Swing music is a sub-genre of jazz that came to light in the 1930’s and 1940’s in the United States of America. This type of music introduces a slower, off-beat, pulse and inspired the name Swing. Swing is the type of music that soloists improvise on. The melody over the arrangement to create a more free feelings. Swing jazz is also a form jazz that many African Americans danced to during this era. Swing is sometimes considered a partial dilution of the jazz tradition because it organized musicians into larger groups and required them to play a far higher proportion of written music than had been thought compatible with the fundamentally improvisatory character of jazz. 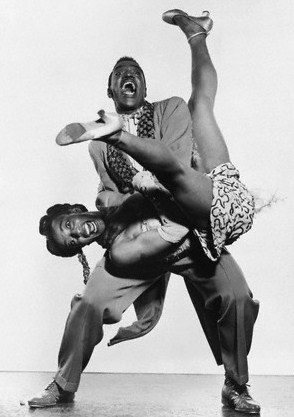 Bebop is a small-band contemporary jazz music style that emerged in the 1940’s. Bebop has its roots in swing music and features quick tempos, daring improvisation, complex harmonies and chord progressions, and an emphasis on individual skill.