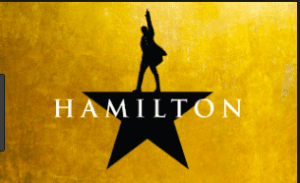 Alexander Hamilton was born on January 11, 1755/1757 in the British West Indies on an island of Nevis. He became an assistant to president Washington in the year of 1777. Hamilton ensured the ratification of the US constitution as it pertained to New Yorkers. From the years of 1789-1795, Hamilton served as the first secretary of treasury. Hamilton did tremendous things while living in America. Due to his economic situation, it led to him finding a job. Hamilton participated in the importation of slaves as well as learning of the business of money and commerce. Though Hamilton attained his education from what is known as Columbia University, he became well educated and attained positions of power, therefore, the musical Hamilton was formulated to tell the story of Alexander Hamilton. The musical was staffed by non-white performers in order to take on the roles of major roles and it was created to produce rapped and sung pieces that tell the biography of Alexander Hamilton. 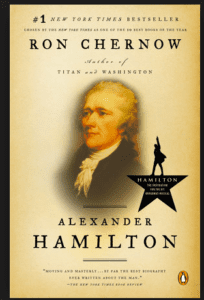 Some of the social implications were because Hamilton was such a huge leader, seeking reforms in government and policies, this led to peace for the nations that were involved in the political climates as well as the setting of the treaty of Versailles and an end to the American revolution. This treaty of Versailles addressed the reparations that wrongful nations had to pay in order to keep the peace thus marking the end of the American revolution. Some characteristics that represent this musical are the syncopated beats, the usage of various tonalities, harmonic chord progressions, and many more. These characteristics help to distinguish the sound and music as it relates to Hamilton. One of the biggest characteristics is the usage of various different instruments to create distinctive sounds and rhythms so that each beat tells a unique story. 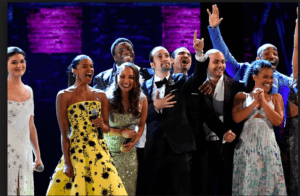 Some of the commodification’s are the selling of the musical on Broadway. Through this selling, many cd’s as well as Apple Music and other music productions were produced which increased the sales of the musical. There were paraphernalia that was produced, as well as various actors/actresses a part of the play in order to help the commodities. Additionally, Hamilton went on tour and made tons of money performing the musical for consumers.  This musical incorporated many different genres. It was incorporating the usage of Hip-Hop, R&B, Pop, Soul, traditional, and many others in order to represent the variety of music expressions throughout the sound track. Though the musical was highly criticized, it embodied these different genres of music and achieved high accounts of box office successes. 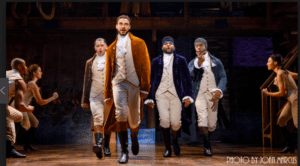 Some of the most famous songs are “You’ll Be Back”, Alexander Hamilton”, “Non- Stop”, “Guns and Ships”, “The Room Where It Happens”, “The Schuyler Sisters”, “Satisfied”, “Wait for It”, “My Shot”, and “York Town”. All of these songs were songs that people really gravitated towards and consumer’s favorites.

Overall, Hamilton is an amazing musical that reflects the dispositions of Black people and the different struggles of life. The fact that the cast was more so non-white attracted to the roles matching the disposition that was received. I loved watching the video and hearing the mixes of genre’s and the way that it was able to come together to produce an amazing sound and an incredible show. My personal favorite song is “The Room Where It Happens”, only because this song represents a different experience for me. Not everyone is able to be in the room where it happens, whether that experience is successful or unsuccessful, only you get that privilege because you get to be in the room where it happens.