Inside the World of Hip Hop: A Cultural Phenomenon

An Introduction to Hip Hop

What is Hip Hop?

Hip Hop is a genre of African-American must that emerged in the early 1970s out of the Bronx area of New York. Hip hop is a creative expression of music that has a large emphasis on culture. This culture is on the life and experiences of the person singing the song. Hip hop is not just about the person, but about cultural knowledge, self-knowledge, and the courage to be true to one’s self. Hip hop is the reality of the struggle for black Americans and is meant to be a source of power for inner city youth. There are many different elements of hip hop, such as graffiti art, break dancing, DJ-ing, using turntables, vinyl records, and MC-ing (rapping). The most well known and celebrated form of hip hop music is rap. By the 1990s,  hip hop became an international music phenomenon and a cultural way of life due to the popularity of rap music. 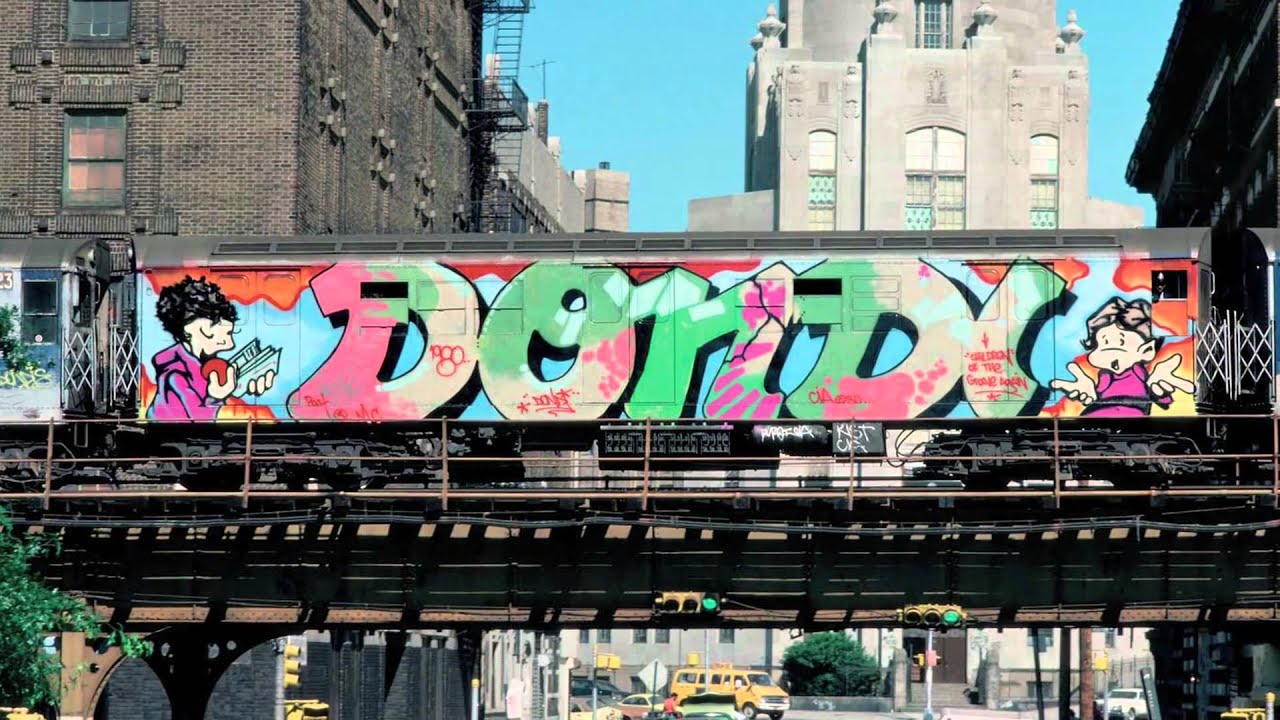 The cultural roots of hip hop are found in the verbal traditions of African-Americans and other groups of African descent (particularly the Caribbean Islands). The key elements that  built the foundation of hip hop were toasts and dubs. African-American toasts related to the spoken word tradition, which was a long narrative that was passed down verbally from generation to generation. Dubs were Jamaican derived acts of creating instrumentals of popular songs in which DJs would rap to in front of audiences.

The primary mode of early rap expression was live performances, in which rap shows would take place in parks, clubs, community centers, and private basements. Rappers would compete in free-style rap competitions, which was based on improvisation.

It is important to note that DJs played as essential role in the early stages of hip hop because they provided the musical background  for different hip hop expressions. DJs served as the unifying element and foundation in hip hop culture.

While there were many DJs that contributed to the development of hip hop, there are three famous Caribbean-born DJs (later moved to the Bronx and were Caribbean immigrants)that are credited with really developing hip hop as a genre of music, graphic art, spoken, word, and dance. The names of these three DJs are Jamaican born DJ Herc, Jamaican-born Afrika Bambaataa, and Barbados-born Grandmaster Flash. 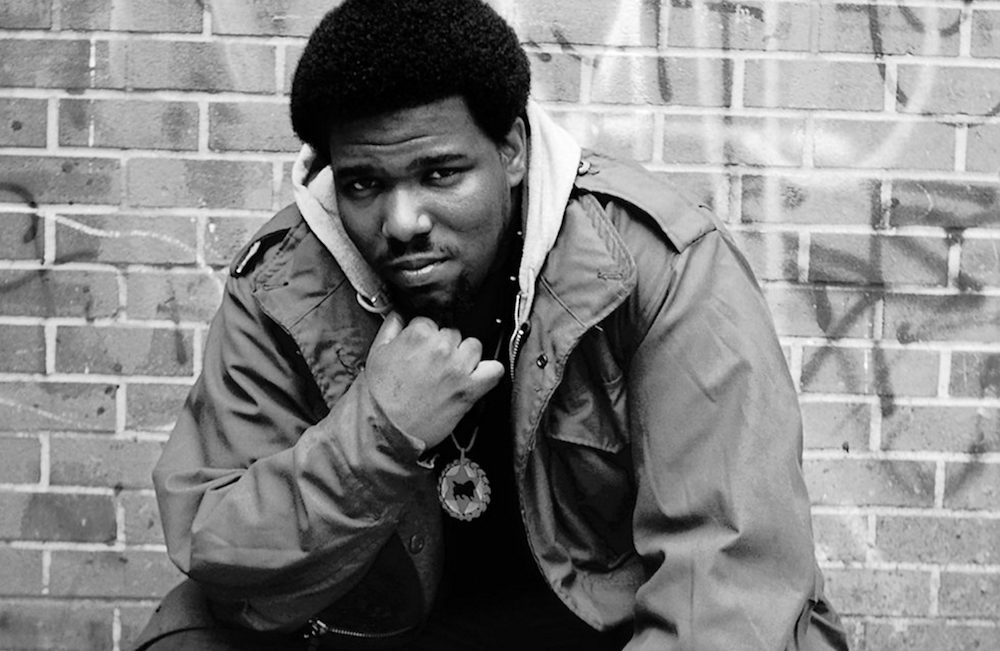 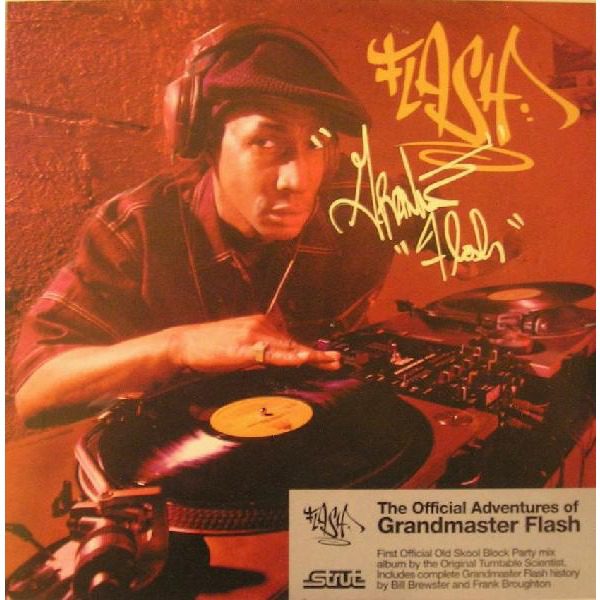 By the 1980s, hip hop music was starting become popular beyond just the Bronx area. Rap music’s first commerical hit was 1979’s “Rappers Delight” by the Sugar Hill Gang. Another hit song came a couple years later Grandmaster Flash and the Furious Five released the song “The Adventures of Grandmaster Flash on the Wheels of Steel.” As hip hop progressed throughout the 1980s, so did technology and music. Hip hop songs began to have mixes (collaging several different songs together in order to maintain a consistent danceable rhythm). Loops also started to become popular in songs, with catchy phrases of songs being repeated over and over again. Another technology innovation, remixes, involved hip hop artists taking previously recorded songs and re-making the songs with the same lyrics, but just in a different style. Another key technology creation that took the music industry by storm was sampling. Music samples allowed songs to recorded and played digitally. Without sampling, iTunes and MP3 players would not exist.

It is important to note that during this time period of the 1980s, techno music was also revolutionizing the music scene. The creation of using technology for different background music and dance music changed the way people thought about dance music and how the music industry would record and produce new songs.

In the mid-1980s, hip hop and rap music started to become a huge attraction to the corporate world. Artists such as Run-DMC, LL Cool J, and Public Enemy were attracting huge numbers of listeners and selling millions of albums. Both black people and white people were listening to hip hop music. Different market companies and record companies knew that lots of money could be made for their companies. So, these companies hired different artists to sign on their record label and record music. Hip hop began a huge and successful money making business.

Hip hop artists making their music and money off of it has been a hige source of inspiration for many African-Americans living in the hood and ghettos. Much of the subject matter of hip hop has dealt with living in the projects, being involved in gangs, drugs, and violence are things that black listeners can relate to. To many black Americans, successful hip artists like Dr. Dre, Ice Cube, Notorious BIG, Tupac, and Snoop Dogg are inspirations because they started in the hood and got out by creating music and rapping about their life and experiences in their songs.

However, one can argue that the corporate world does not always have the best interests of hip hop artists. It can be inferred that record labels and companies promote that their artists have the rough, “thuggish” image. They promote the use of music videos having lots of women, involving sex, drugs, and hyper masculinity. However, this is problematic because often times artists sometimes become involved in drugs and violence and are often linked to being arrested. In real life, the rapper is imprisoned or murdered. When this happens, the white record company and producers move to find another up and coming rapper and this vicious cycle is continuously repeated.

Hip Hop has always been a male dominated genre of music. While there have been many successful female rappers, such as Queen Latifah, Salt N’ Pepa, Lil’ Kim, Nicki Minaj, Youn MA, and Cardi B, they have faced much more criticism than their male counterparts. Women rappers like Young MA, Nicki, and Cardi rap just as hardcore as male rappers do explicit language and crude themes such as sex and drugs. However, they are accused of being nasty and unladylike, while rapper such as Drake, Migos, Kodak Black, and 21 Savage are not criticized. Women rappers being taken seriously in the very misogynistic world of rap music is slowly being alleviated and is progressing in a positive direction. In 2019, Cardi B made history by becoming the first female rapper to ever win a Grammy Award for Best Rap Album.

While women rappers has been a subject of discussion and controversy, so has female audiences of rap music. While many rap songs say the word “b*tch”, “wh*re”, and “p***y” in regards to talking about women, many women still listen to rap music and attend rap concerts. They definitely still by rap music and download songs from iTunes, Apple music, and Spotify. Comedian Chris Rock once said that “if the beat is alright, they [women] will dance alnight.” In other words, if women listen to rap, then they don’t care about the lyrics. This is debatable whether this is true for all women or not.

Women who perform and act in “degrading” roles in music videos are interesting as well. Some women do not mind being in these music videos because it gives them a nice paycheck and it’s a job. Some viewers are appalled that women twerk in music videos, where sexy bikinis and booty shorts, and play into the toxic masculinity of the lead male singer. However, other women do not mind this because they believe it’s not that serious or deep, but rather just an acting role that’s only for the music video.

One of the most common criticisms of hip hop and rap music is that it encourages bad behavior. Some critics argue that rap artist Rick Ross promoted the selling of crack. Others say Whiz Khalifa promoted smoking weed and selling weed. Other critics say that Meek Mills encouraged listeners to carry a gun. People like Bill O’Reilly say rap music is promoting “disruptive” behavior. Supporters of rap music say that rap artists express themselves and are entertainers. They don’t necessarily want to be idolized or be seen as role models. However, the counter argument to this point is rap artists are celebrities and know that they have very large followers and fan bases. The media is paying attention to this. All of this contributes to the fact that they have a platform. Therefore, they are automatically role models and need to be aware of how their actions and public behavior is being conveyed to their fans.

There is also much debate that because the style of rap music is ‘gangsta’ and thuggish, many young black teenagers are sagging their pants, wearing the ‘hood’ Lids cap, and being disruptive in schools. African-American teenagers are being high school dropouts and going to prison because of the images depicted in hip hop and rap music. However, this argument is not true since these issues existed before the creation of hip hop and even if rap music had never have been created, it would still exist today.

This narrative of rap music inciting violence is not new. This has been happening ever since the creation of rap music. An early example is the group N.W.A. (Niggas With Attitude). Their song “F*uck tha Police” caused uproar from critics because they believed that the group was against the police department and wanted to incite violence/crime in rebellion against the police. Eventually, the group started to mock the fears of critics and boldly label themselves “The World’s Most Dangerous Group.” This narrative by critics of hip hop and rap music is done intentionally to depict black people as the stereotypical troublemakers, gangstas, thugs, and at risk people who need to be controlled by being arrested and put in prison. This is systematic racism that has always occurred to black people who try to make themselves successful in the music industry. Despite the hurdles that black people faced in the music business, their talent was never diminished and nor did their appeal to mainstream America and the world.

It is important to point out that white people like Bill O’Reilly who criticize rap are not aware or refuse to acknowledge that white America are the biggest consumers of African-American music. America has always been obsessed with black culture and the black experience. However, they don’t actually respect and value black people or black culture. Rap music has provided an outlet for white people to use the n word, sag their pants, and wear dreads and/or boxer braids. White rappers such as Vanilla Ice, Eminem, Iggy Azalea, and Post Malone’s music has not been called ratchet or ghetto music like black hip hop performers have. Critics never discuss white hip hop music influencing bad behavior. It’s only in regards to black hip hop and rap artists. 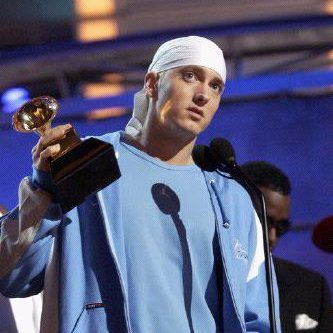 Hip Hop is still a very popular music genre today among people of all ages and races. Newer artists of the 21st century include Rae Straemmund, Migos, 21 Savage, Kodak Black, XXXTentacion (now deceased), Childish Gambino, the City Girls, and Cardi B. there’s also been an influx of white people becoming involved in the genre such as G-Eazy, Mac Miller (now deceased), Post Malone, Machine Gun Kelly, and Lil’ Dicky. There are also new subgenres of hip hop music that have been created, such as trap music, mumble rap, and country trap. There have been some criticisms over whether or not these subgenres really represent the essence of hip hop music or have moved past that to a new form of music. One thing is for certain- all of the rappers of the 21st century have had influence from the original rappers and hip hop artists of the 1970s, 1980s, and 1990s. 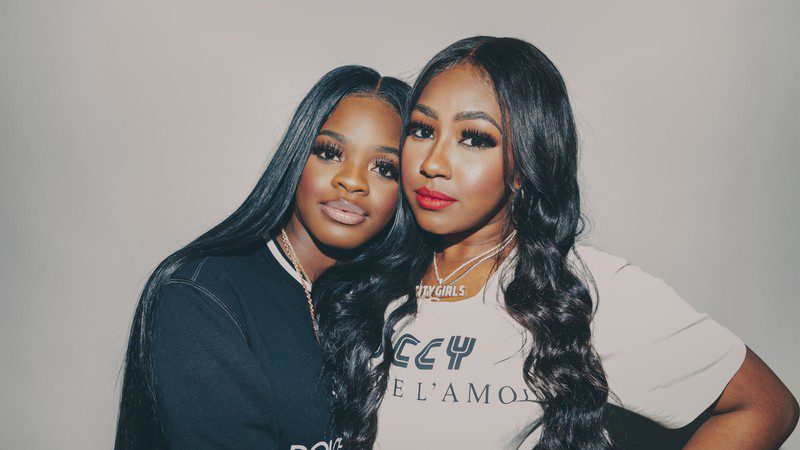