By the early 1970s, NewYork City became the disco capital of the world, with over two hundred discotheques in Manhattan alone by 1980. One radio stations realized disco was becoming successful, they changed their format to cater to that audience intern increasing the record sells for disco albums. With the help of these radio stations and television, disco music became one of the most popular genres in the United States and Europe for that decade. By 1973, Billboard and the Rolling Stone Magazine recognized disco music as a new “trend.” In 1974, Billboard began printing DJ playlist and the New York radio station WPIX was the first to air a Saturday night disco music show, this caused other stations to follow suit. 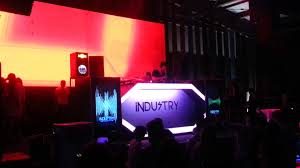 Television show Soul Train also played a pivotal roll in exposing the world to disco music. In 1975 the gay associated magazine The Advocate noted 1975 as “the year of the disco.” Both RCA and Capitol Records had disco departments, while other labels like Atlantic and Polydor Records had developed specific techniques for promoting disco records. Also, that year disco music changed its format to 12-inch single in order to be more DJ friendly. In 1976, WPIX became a nightly show due to popular demand, Billboard hosted the first disco convention, and independent promotion companies emerged.

In November 1977 the film Saturday Night Fever was released produced by Robert Stigwood, featuring John Travolta and music by the Bee Gees. Although the film was discos most profitable venture, many people do not consider it disco because it disregards the African American and gay people who created the genre, similar to swing and rock and roll music.