In 1865, folk music emitted a sense of hope, comfort, and faith, but was distinguished by its secular nature, storytelling, and depictions of protest.  Passing songs throughout generations, African slaves generated a legacy for themselves and counteracted negative stereotypes established by white American communities. African musicians learned to build upon the creative sounds and ideas of their counterparts to increase the beauty of the genre’s sound. This was displayed through patting juba, call and response, and polyrhythms. Musicians applied Folk music to children’s game songs, work songs, protests, etc., establishing Folk music as a lifestyle and way of thought. Though, despite the many forms and additions to Folk music by African American artists, Caucasian Americans were unapologetic in using the genre their own advantage. They took Folk music and failed to acknowledge the rich history and legacy bound to it, hence treating the music as they did African American people.

Solomon Northup, a free black man, was a primary example of the role oral tradition held in the lives of slaves. In 1841, Northup was kidnapped and sold to slavery in Louisiana. Though rightfully free, whites disconnected him from his family, his money, and even his pride. Yet, the one piece of his identity that could not be removed was his music – Northup survived, in part, because of his musical abilities. He often performed the fiddle for his slave masters, which introduced him, “to great houses, relieved him from labor, and made him friends” (Burnim 42). The concept that Africans arrived to the United States ‘culturally naked’ was a myth created by whites to stereotype Africans as barbaric and undeveloped. Rather, African slaves held a rich culture of oral tradition and legacy counteracting analyses and assumptions of the white world. An important piece of Northup’s legacy was his music as it kept him alive and especially as it impacted future genres of music. 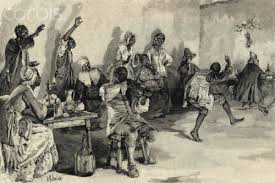 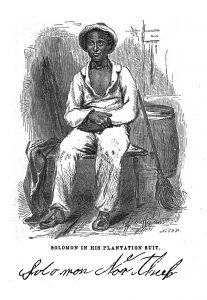