How To Steal a Genre

Chapter One: Have Complete Control of the Creators

This basic skill is the foundation of ensuring a swift and complete capturing of any genre. In the case of folk music the creators were Africans who would later be deemed African Americans. There are less cruel ways to do this but this specific blueprint makes certain that no one can trace the music back to the originators. Said blueprint consists of forcefully taking people from their homeland and placing them in a unknown territory. Enslaving them is a surefire way to get exactly what you need, a genre of music that would not only represent a important piece of America’s history but influence music to come for centuries.

Chapter Two: Study the Elements… So That You Can Recreate it Later Of Course

African American folk music consisted of many very unique elements that would later define the genre such as the sounds of fiddles, banjos, and drums. Out of the instruments that were most expressed in African American folk music, the fiddle was one of the most respected. If a slave could play the fiddle he or she could use that talent to their advantage, traveling and playing for groups. The fiddle often made its appearance alongside a bassline created by a drum of some sorts constructed of a wide variety of things. The banjo is the most prized possession of the stolen genre because it is almost never traced back to its African American roots. It started as an instrument from West Africa called the banjar and eventually was transformed into the instrument we associate with white southerners with a thick country accent. Other elements not consisting of instruments were just as important to the “re-branding” of the genre such as Pattin Juba and the field holler or field cry. Pattin Juba was partially a result of the confiscation of instruments from slaves. There would be complex beats and rhythms kept simply by the musician using their body. Pattin Juba would actually be later represented under the name Hambone, practiced by a few musicians today. The field holler or field cry was one of the most unique elements that made up African American folk music because of where it originated, in the fields that slaves were forced to work. The cries could vary in pitch, tone, and length but they always served a purpose. The unmistakable cries could be used to communicate a need such as water or a emotion such as sadness or anger. It was a healthy way of expressing what could not be spoken and later would be used in African American folk music not just confined to slave fields but to jails filled to the brim with only blacks.

Chapter Three: Make the Genre Criminal in Some Context

Remember chapter one where complete control of the creators/ artists was discussed? Good, because you’ll need to keep that information in mind as you read this chapter. African American folk music was banned in a lot of places, most times it was even associated with a disrespect of God and his wishes allowing for effective disdain of not just the music but who the music was first associated with. This is not true all across the board of course, in some places the art form was allowed by plantation owners as a way to keep “spirits high”. The French-Creole community in Louisiana celebrated it and enjoyed its lively tunes at festivals and gatherings. The social balance beam that the genre itself was placed on allowed for it to be easily stolen. Remember that when trying to steal your own genre!

Now that you have complete control of the creators (therefore knowing where it originated from), have studied the elements, and made the genre hard to express as one’s own you are on your way to effectively stealing a genre. What comes next is making a profit off of the stolen goods. Folk music had to re-branded in order to make a profit and it was done very successfully. It would be referred to as “American Traditional Music” or “Roots Music” that would credit its influences to almost every other “American” genre excluding African American folk. The sound that people loved so much would be known by the names of singers such as Charlie Poole, a white banjo player in the 1920s who would be later called a important “influence on the founding fathers of bluegrass”. This is exactly what you want while stealing a genre. Afterall, the most famous banjo players in the world as reported by multiple news outlets are all white when African American groups such as the Carolina Chocolate Drops ( http://www.carolinachocolatedrops.com/ ) should be getting recognition. One of the only known African American banjo players from the 1920s was John H Scruggs and his biography is always a very short one.

Now that you know how to steal a genre hopefully you won’t need this book anymore!

*A Note From the Author

African American Folk music is a very special art form that was created under very exact circumstances so that it could never be replicated correctly. This music being created as an expression for pain, a way to communicate, and a platform to place the everyday horrors of life is almost incomprehensible. And that, I believe is what should be taken away from folk music… the black person’s ability to take the worst that is handed to them, better yet forced upon them, and turn it into something beautiful, something inspiring. 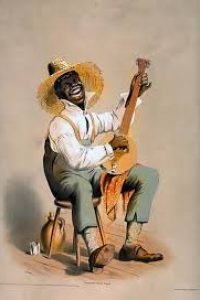 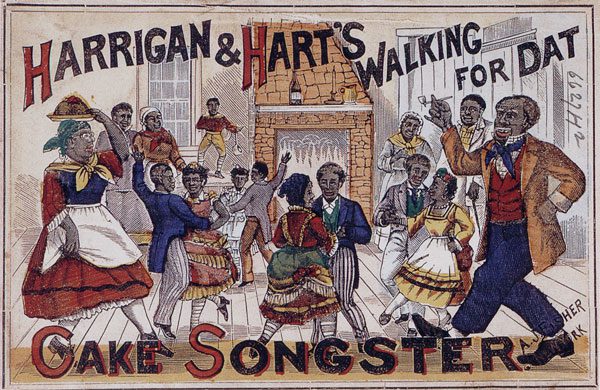