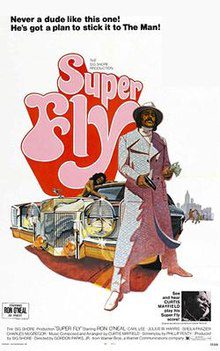 Funk music dominated the airwaves in the 1970s and 1980s but could be said to have started in the 1960s. Funk music is a sort of amalgam of other popular Black created genres (i.e., jazz and r&b) and follows off one of its predecessors, bebop, in the sense that it is a genre of music that defies boundaries. Such as Prince himself said about the genre, “If you can describe it, it ain’t funky.” In the decade following the Civil Rights Movement, Funk music became a mouthpiece for Black Americans. Funk music was the catalyst that helped bring the everyday urban Black experience to the mainstream media.

What Was Happening in Urban Black Communities?

During the Civil Rights Movement and after, there was a massive movement of White city residents moving to suburbs known as “white flight.” As a result of this, cities’ populations became increasingly Black, and in tandem, the cities’ resources began to dry up or worsen. In response, in the 1960s, there was violent unrest in many urban areas such as Detroit and Harlem that helped turn the nation’s attention to the multitude of issues that were impacting Black communities. Yet, little was done to help solve the problems leading many Black Americans in urban communities to feel as if they had no voice.

It was through artists such as James Brown, George Clinton, and Curtis Mayfield that Black Americans living in urban communities finally found their voice in the mainstream popular culture in America. Acknowledging Black Americans’ feelings in city environments, these artists helped develop the genre known as funk, which specifically catered to the Black community. The music full of heavy beats helped Black Americans “get up” and express themselves and their Blackness. Released in 1970, James Brown’s song, “Get up, Get Into It, Get Involved,” helped send a message of community awareness set to a fun rhythm and beat. George Clinton’s Parliament-Funkadelic released albums with album art consisting of National monuments and titles such as Chocolate City and America Eats Its Young helped serve as outlets for the anger and betrayal from their country many Black Americans felt following the Civil Rights Movement. From the songs to the images, funk music validated many Black Americans’ thoughts and feelings and gave them a safe space to express themselves. 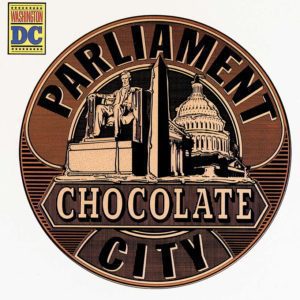 How Else Did Funk Music Help Urban Black Americans?

Although Black Americans had acted before in movies or television shows, it was through funk music that Black Americans began to be seen more frequently on the big screen. Typically set to a funk soundtrack, Black Americans starred in Hollywood movies that portrayed how many Black Americans in urban communities were living. With the influx of Black stories being told, a new movie sub-genre was created called “blaxploitation.” From Superfly (1972), Foxy Brown (1974), and Shaft (1972), these movies showed the life of urban Black Americans in a darker lens with a common story of a Black vigilante protagonist taking down the inner-city crime that ran amuck. Many of these movies’ soundtracks had songs contributed by artists such as Isaac Hayes, James Brown, and Curtis Mayfield. Mayfield’s soundtrack for Superfly made it to the top of the Billboard Pop Albums Chart in 1972. Although blaxploitation films literally exploited the Black urban experience, they were also a way Black Americans addressed their communities in a distinctly Black way, such as what funk music did.

The Power of Funk

Listen to some examples of funk music here...