Bessie Smith was a widely known Blues singer whose music was about the sexual love between men and women. There was an importance of allowing music to establish new ideas of love since the economic and political components of freedom were largely denied to black people in the aftermath of slavery. The free choice of sexual love created new social realities of a changing African-American community. This explains the difference of partnerships before the Blues era and partnerships during the Blues era.

The representations of love and sexuality in women’s blues contradicted assumptions regarding women and being in love. Women of that era were expected to be content within their roles of marriage, with their husbands acting as financial providers and their child bearing  serving as evidence of their worth. During Bessie Smith’s era, blues women rarely sang about mothers, fathers, and children. In her songs, it is evident that she does not include children, domestic life, husband, and marriage. The absence of the mother figure in the blues suggests that blues women found the societal standards of motherhood irrelevant to the realities of their lives. “Bessie Smith” blues developed a more independent woman audience that was  free of the domestic restriction

No time to marry, no time to settle down; I'm a young woman, and I ain't done runnin' around.

Funk Funk originated in the 1960s. Funk samples continued to be used heavily in hip hop and various forms of electronic dance music. However, in

Hip Hop Hip-hop is a genre of music which originated in New York. Although there is no single originator of the genre, New York DJ

R&B The meaning of R&B explains the elements of this music style. Its R stands for Rhythm. This comes from the style’s use of four-beat

Musical Theater The roots of Black musical theater are founded in circuses, dime museums and minstrel show. These shows intended to create a mockery of

Gospel The black gospel tradition has its background in Negro Spirituals. Slaves took these hymns and morphed them for their own purposes.They created new lyrics, 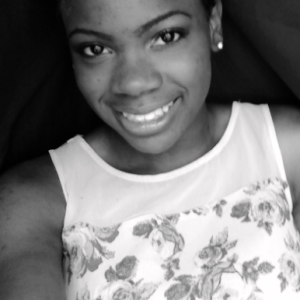 JAZZ Types of Jazz New Orleans jazz began in the early 1910s while Bebop emerged in the 1940s, shifting jazz from danceable popular music toward