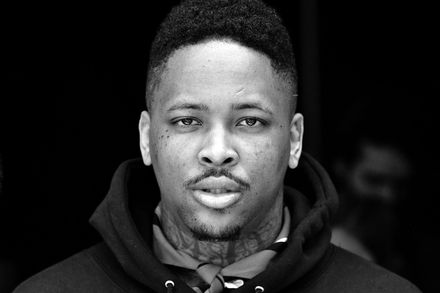 Keenon Jackson, known professionally as YG, is an American rapper hailing from the West Coast, specifically Compton, California. Before becoming the star he is today, YG first released his first piece of music in 2009 and 2010 via mixtape. YG showed an interest in music from a young age. He started writing songs as a teenager and eventually  began his musical journey through performances with his friends around Compton.YG took his talent to various clubs and began to sell out shows fast. YG knew he needed a bigger platform so he began posting his videos on YouTube. Shortly after he had a myriad of fans. YG really utilized mixtapes in order to get his music out into the public. He released his first mixtape ‘4Fingaz’ when he was 18. Soon to follow were mixtapes: Just Re’d Up,’ ‘Just Re’d Up 2,’ and ‘4 Hunnid Degreez’. His mixtape release in 2010 had a song on it called ‘Toot it and Boot it’ featuring music artist Ty Dolla $ign took off and reached the Billboard Hot 100 which landed him his first contract with Def Jam in 2014.

Before signing to Def Jam, YG had hits that were played all over California such as ‘My N*gga,’ and ‘Who Do You Love?’ which helped pave the way for his debut album. In 2013, his single ‘My N*gga’  featuring Jeezy and Rich Homie Quan, was 19th on the US Billboard Hot 100. ‘My N*gga’ won the BET Hip Hop Award for Best Collabo,  in 2014. ‘My Nigga’ was followed by the release of the singles ‘Left, Right’ and ‘Who Do You Love?’ featuring Drake. YG’s first studio album was to come on March 18, 2014 . It was entitled “My Krazy Life”. This album did extremely well it hit number 2 on the Billboard 200 and was certified as a Platinum album by the Recording Industry Association of America. His second album was entitled Still Brazy, but before this album YG created a project called Blame it on the Streets which was doubled as a short film and soundtrack. Still Brazy was released in June 2016 and even hit  at number 6 on the Billboard 200. His third album is entitled Stay Dangerous. In August of 2016, YG created his own label which he called 4Hunnid Records.