Hip-hop brought in a new communication of thought for the black community. This expression was unlike that of before in that it allowed for black voices to produce provocative, poetic, and absorbing artistry which enrolled listeners into an understanding, even if only briefly, of the thoughts and metaphorical sentiments of the writer. Beyond this, Hip-Hop allowed for blackness to be amplified. It represented a re-ownership of the ideas of blackness that were projected upon them by white society and a reframing of these projections into ownership of creativity. Owning and possessing blackness served as a rejection of respectability politics and a challenge to a society which told black people to “straighten” up. The implications of this attitude were even present within the black community as many older black people remained slaves to the idea that to produce good work is to be formalized and as close to whiteness as possible. Hip-Hop challenged the notion that to be good was to be traditional. Using creative and exclamatory language, strong rhyming, and wordplay, Hip-Hop arrived onto the music scene being demanded to be heard.

Hip Hop can be best characterized by the use of strong yet flexible elements. The same hard bass, strong rhythm, and intense lyrics are seen being used by both Hip-Hop artists who focus on fun and hip-hop artists whose focus is emphasizing issues within the community. The elements of Hip-Hop strongly resemble those of original Black music. The music of Africans,pre-slavery, allowed for a free expression of the black experience which emulated the interesting, yet familiar and consistent day to day experience of Africans. When slavery occurred black people had to work to reconstruct this feeling of familiarity by way of music and congregational events.

From these events, Hip-Hop commodification came about rapidly as Hip Hop music displayed a sense of unity in shared experiences across the black community. “Rappers Delight” is regarded by many as the first Hip Hop record to gain widespread popularity. Through the use of black parties and small showcases of artistry, Hip-Hop gained massive popularity. Clive Campbell, better known as DJ Kool Herc is regarded as one of the early Founders of the genre within the New York area. Groups like Grandmaster Flash, Warp 9, and The Sugarhill Gang helped to lay a foundation for the early beginnings of Hip-Hop music.

The future implications of this foundation laid by early artists were displayed in artists such as LL Cool J, Run DMC, and Slick Rick’s style of Hip-Hop. This later matriculated into what is regarded as current day Hip Hop. Current day Hip-Hop, despite what critics may say holds true to the original idea of Hip-Hop being a groundbreaking way to express thought. Artists like Kanye West, Cardi B, and The Migos, all display different elements of what Hip-Hop means in regards of expression; however, they all lead back to the same point of getting thoughts out in an interesting and captivating way.

Continuing the conversation of commodification requires that there is an acknowledgment of the white Hip-Hop artists who arose onto the scene- some of who worked to infiltrate without giving proper credit and some of which worked to uplift the genre. Artists like Vanilla Ice, Takashi 69, and Mac Miller are some of the few white artists who entered into the Hip-Hop world- all with different intentions. Mac Miller is regarded by many modern rap enthusiasts as an excellent example of a white artist who has created Hip-Hop music which still rings true to its original purpose. His very last album before his death, “Swimming” dealt with internal conflicts, addiction, and relationship turmoils- all of which hit close to home for listeners. 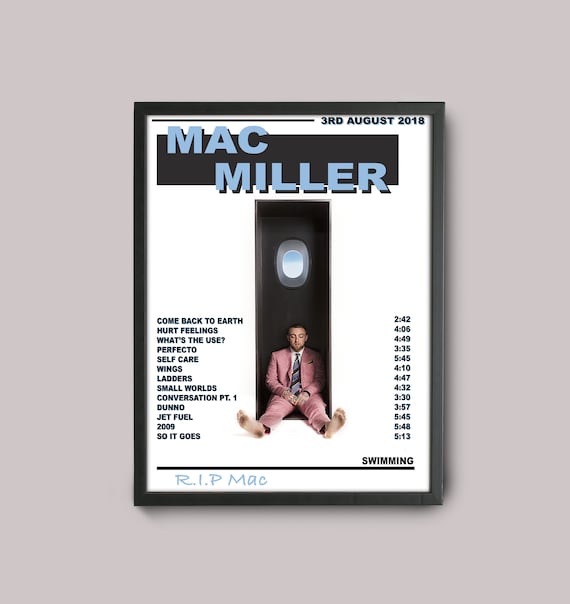 Hip-Hop music, is and will continue to be one of the most important genres to me personally, simply due to the fact that it has allowed for so many different transmissions of thought. Hip-Hop being a narrative and flexible genre gives artists the ability to create with it what they please and display their artistry and story in doing so