Hip Hop started in 1979 within the Black and Latino communities in the South Bronx of New York. The creator of Hip Hop is said to be Clive Campbell also known as Kool Herc and “DJ” . Campbell utilized MCing along with Djing to create the style we know as Hip Hop. This was of course accompanied by forms of dance such as break dancing, popping and locking, and various types of footwork. Rapping began in 1979 with the release of the very first Hip Hop Album by a group known as the Sugarhill Gang, the album was titled “Rapper’s Delight”. With Hip Hop progressing its way through mainstream media, Hip hop managed to spread across the country to various places such as the West Coast, California and even outside of the country. The subgenre Gangsta Rap soon emerged, a genre which artists from the West Coast participated in during the Golden Age of Rap during the mid 1980s to the early 1990s. Gangsta rap reflected the “violent lifestyles” and impact of violence and poverty on inner city black youth. Hip hop has continued to play a major role in media and music today. Some prominent artists/ groups have been The Sugarhill Gang, Grandmaster Flash, N.W.A., Run D.M.C., The Notorious B.I.G, Tupac, LL Cool J, Eric B. & Rakim, Salt & Pepa, Snoop Dogg, Ice Cube, Wu-Tang Clan, Public Enemy, A Tribe Called Quest, Grandmaster Flash, Jay Z, Mobb Deep, and Nas. 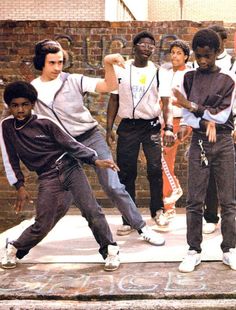