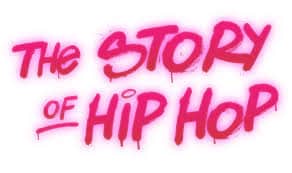 Where did Hip Hop Come From?

Hip Hop music is something that the black community has loved and cherished since the beginning of its time. But when, where, and how did Hip Hop evolve and originate from?

The musical genre Hip Hop developed in the United States by inner-city African Americans. Hip Hop originated in South Bronx, New York in the 1970s. Hip Hop music consist of elements of MC or rapping, DJing or scratching turntables, break dancing, and graffiti writing. The musicality and the rhythmic aspect in Hip Hop is what sets it apart from all other genres of music. Along with its unique elements, Hip Hop was and still is, an influencer within communities.

Because Hip Hop is a culture, different people within the Black community have interrupted culture differently. Hip Hop evolution is simply a reflection of the time. Therefore, Hip Hop music has come in many different sounds during many different times. Different forms of Hip Hop that have evolved include Classic Rap, Hardcore Rap, G-Funk.

The evolution of Hip Hop music is so important to the history of Black people. Our communities are so inspired and influenced by music. Hip Hop became more than a sound, it became a culture. Today, we continue to be influenced by those in the musical world. The messages the Black community receives within the musical world has always been a message of experience.It is important to take note of the all that’s changed within Hip Hop. We can only better music and grow positively when we can become critics. Maya Angelou once said, “I think a number of the leaders are, whether you like it or not, in the hip-hop generation. And when they understand enough, they’ll do wonders. I count on them.”