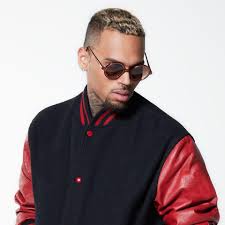 On July 18, 2018 I had the pleasure of seeing my favorite artist, Chris Brown, perform at the BB&T Pavilion in Camden, New Jersey. Brown was performing on his Heartbreak on a Full Moon Tour which followed his eighth studio album of the same name. This particular tour featured not only Brown; but Rich The Kid, 6lack and H.E.R.

I have been fortunate enough to see Chris Brown perform twice before the Heartbreak on a Full Moon tour. I truly believe this was his best show from the three that I have seen. Chris was coming off of a forty five song album, which created plenty of content for a great show. It had also been a year since he had any album out creating anticipation for both the album and the tour.

When I first arrived at the show Rich the Kid was already performing to a moderate crowd, he basically hyped the crowd up for the performances to come. While he might’ve been performing for a crowd that didn’t know the majority of his songs, my brother and I were fans so we enjoyed his set. Plus he rapped his popular hits Plug Walk and New Freezer for everyone to enjoy. Next came 6lack who I wasn’t too familiar with, but by the time his set was over I was a fan. With hip hop beats paired  with his r&b esque voice he was able to produce a groove that couldn’t be denied. As far as his stage presence I would say he’s much more relaxed and gives off a chill vibe. The last opener was H.E.R. who was absolutely incredible. Not only did she sing beautifully, sounding just like the record, she played the guitar and keyboard. It showed how multifaceted and gifted she is which is something that a lot of people lack. It is rare that popular artists can play and sound amazing live, so I love to see that at a concert.

Then it was time for the main event. Chris opened with title track, Heartbreak on a Full Moon, and you could immediately see the influence Michael Jackson had on this song. His dancers came out in suits, hats, and gloves reminiscent of a Bad/Smooth Criminal era Jackson. Every dance move was crisp and on point and hit each beat. From then on Brown continued to sing hits off his brand new album such as Questions, Tempo, Grass Ain’t Greener, and Pills and Automobiles. Although the album was just shy of 50 songs he managed to sing most of them allowing me to relive the first time I heard the songs. He then took it to my favorite part of the show where he sung the songs that made me a fan back in 2005 like Yo (Excuse Me Miss) and Poppin’. Of course you can’t go to a Chris Brown show and not here his love songs and that part I truly enjoyed. The major thing I noticed about this tour was the quality of the stage. The previous times I’ve seen Brown he was usually in trouble with the law causing expenses for the tour to suffer. But I was happy to see the level of production that went into the stage and flow of the show. His stage had many screens, pyrotechnics and props that were missing in other tours of his. The show was very cohesive and it was like a journey through all his music. I was also impressed with his level of dance which is something that never lacks when I see him. It’s amazing to see someone who can sing and dance at the same time effortlessly. He is able to go in and out of routine without missing a beat, and his vocals did not suffer a bit. It was also awesome to see how far back into his catalogue he would go, because some artist just choose to perform the album they are promoting and their number one hits. However Chris gives fans a true show performing all the songs you love from the albums that don’t get radio play as much. It was refreshing to see after 8 albums and multiple tours, 3 that I’ve witnessed, that he is still selling out shows despite everything aside from music.  I was amazed and I could see all of the work that went into the tour. Brown is a true performer and although he has been sidetracked you cannot deny the level of talent he posses. Again not many times do you see people who can dance like he can, sell out tours, make number one records, and give other artists number ones just being on the hook. I know this tour was great because I can not listen to the album without remembering exactly how he sung and performed those exact records. Brown did not disappoint, he left a lasting impression and I will continue to see him when he comes to town.