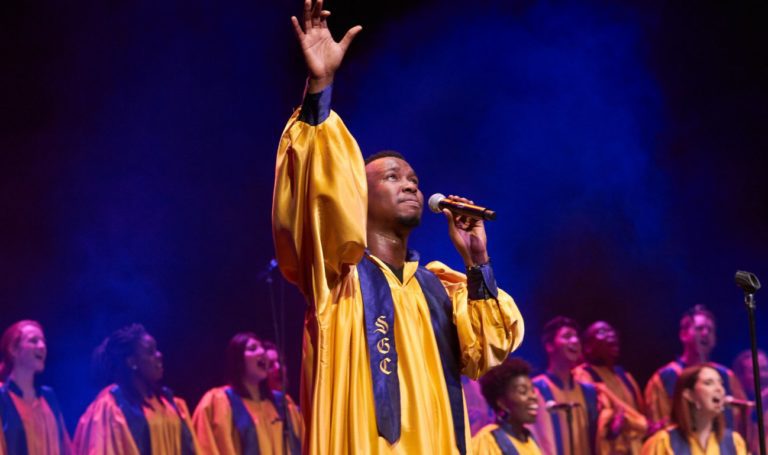 Gospel music is a genre that emerged in the black community as early as the 1930s. Gospel music is widely influenced by a number of different genres. The genre of music that is more directly an influencer for gospel is jubilee quartet. Thus, the years 1930-1945 are often referred to as the Transitional Period  because jubilee quartet groups and the music they produced were transforming into early Gospel. Besides Jubilee Quartets, Gospel music is also inspired by negro spirituals and blues music. Both blues and negro spirituals are sacred, which too is the focus of gospel music. Negro Spirituals and Blues music expressed the hardships and unfortunate predicaments many blacks were forced to face. However, Gospel music focuses less on the negative and more so on the blessings and positive things in their life brought to them by God.  Gospel for black people serves as a form of expression of gratitude to their higher power: God. In most gospel songs, it is typical to hear the praise and love of God and all of the things that he has made possible in our lives. Gospel music is specifically unique in its inclusion of call and response, choir or group singing, complex rhythms, and rhythmic instrumentation. However, gospel music has evolved so much in the 21st century that it now sometimes mimics elements of hip hop and rap. Some famous gospel artists include Bebe and Cece Winans, The Clark Sisters, Kirk Franklin, Tye Tribbet, Shirley Caesar, and The Caravans.