Hymn "Jesus Loves Me" vs. "Something about the name Jesus" 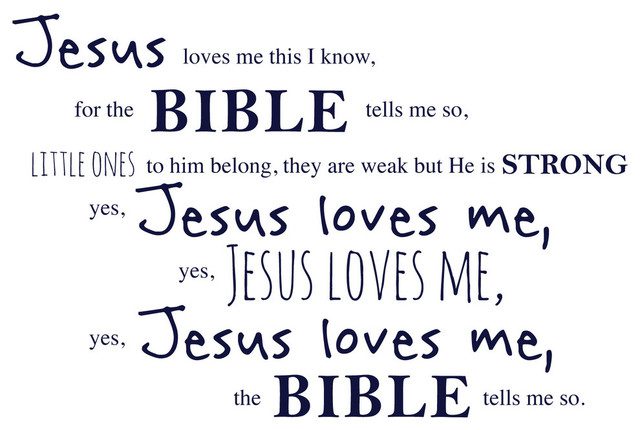 “Jesus Loves Me” is a Christian hymn written by Anna Bartlett Warner. The lyrics first appeared as a poem written in a novel written by her sister, Susan Warner, and spoken as a comforting poem to a dying child. The tune was added in 1862 by William Batchelder Bradbury, and along with the tune Bradbury added his own chorus “Yes Jesus loves me”. After its publication, the song became one of the most popular Christian hymn in the churches around the world, especially among children. Since being published, several renditions can be found across the world.

The Nu Nation project is the fifth studio album by Kirk Franklin, renown gospel composer and singer. This passionate song on the album describes the admiration one has for the name Jesus. The lyrics state “It  is the sweetest name, I know”. The song is repetitive like a negro spiritual and samples the call and response melodic method. Live performance allows for significant improvisation and ad-libbing.

Both songs involve significant repetition. Both songs are slow in nature and allow for the singers to speak in the first person, speaking on their personal relationship and sentiments towards Jesus.