Getting Ragged with Ragtime

When I hear about ragtime, I often think of cakewalking, black face, or something dramatic. Ragtime became popular during the late 1800s, specifically from 1896-1920. Ragtime fell between early jazz and classical music, and European and African American music. However, it came from the Folk-Blues genre. Ragtime seen the transition of instruments such as fiddles and banjos, to the piano. It’s important to note both meanings of rag/ragging. It is seen as both a verb and a noun. As a verb, it meant to syncopate a tune. As a noun, it meant to identify a type of song.

Some may wonder how they can identify the genre ragtime and the answer is simple! Ragtime has a ragged rythmn and has syncopation. Syncopation can be described as a displacement of a regular beat. Often players played on the beats one and three, but with syncopation there would be beats on two and four as well. Patterns of AABBACCDD, AABBACCC, and AABBCCA were seen often. As said earlier, ragtime was often defined by the use of a piano and sometimes some vocals. An example of AABBACCDD beat is the famous Maple Leaf Rag by Scott Joplin, attached below:

Although ragtime was getting transcribed and put into sheet music that could be bought, commodifications still were low as the music only sold a couple of dozen. for African Americans during the time. The images on this sheet music however, still enforced the stereotypes of the time. Black people were often depicted with big lips, bulging eyes, and eating watermelons. This attracted buyers as they seen this sheet music as “authentic”. Maple Leaf Rag was the exception to this however, as it sold half-million copies by 1909, and Joplin received a penny per copy in royalties.

Some important performers of ragtime included:

Ragtime was something new to the music before it. The syncopation upbeat was new for many. Ragtime was a way for African Americans to make money even if they didn’t go to college. The effects of ragtime were not all positive however, because of the stereotypes and racism that came out of social marketing such as black face and coon songs. 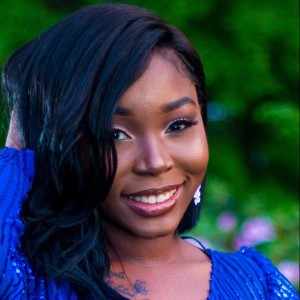 Origin Florence Price was born Florence Beatrice Price on April 9, 1887 in Little Rock, Arkansas. She was an African American classical composer for most

What Is “Spiritual Music”? No one knows exactly when Negro Spirituals were created, but it is accredited as a musical genre created by slaves. Spirituals

“It’s been said that racism is so American, that when we protest racism, some assume we’re protesting America” – Beyoncé This quote really stood out

4 Your Eyes Only: Learning Lauryn

For Whom the Bell Toles “I’m searching and praying and hoping for something, I know i’m goin’ see it, I know that it’s coming.” – J.