By: Deja Mason and Abiodun Scott

Originating in the West Coast in the early 90’s, G-Funk samples songs from the funk era, specifically Parliament Funkadelic’s “P-Funk,” a combination of the different sounds of funk music over the years. G-Funk adds the gangsta rap style to funk classics, creating inter-generational hits. Despite popular belief, Above the Law’s second album, Black Mafia Life, was the first album that featured a G-Funk sound in 1991. The year of release was only in 1993, after Dr. Dre’s The Chronic (1992) because Black Mafia Life was against Above the Law’s contract with Ruthless Records to not have Dr. Dre produce their music. In Complex’s “Dr. Dre Perfected G-Funk, But He Didn’t Invent it– Gregory Hutchinson Did,” Shawn Setaro interviews Gregory “Big Hutch” Hutchinson, who states,

With its catchy melodies and hard-core lyrics, G-Funk has a particular sound that is considered an “extension of P-Funk.” The style of G-Funk is related to West Coast culture of the 90’s, which is associated with going for a drive in the streets of LA.

Founders of the G Funk Genre

While Above the Law created the sound, Dr. Dre, Nate Dogg, Warren G, Snoop Dogg, and The D.O.C were the individuals that made the G-Funk sound unique, making it very significant to West Coast culture. Warren G, Snoop Dogg, and Nate Dogg all grew up together and did battle raps in high school. The finally got their big break when they gave their music to Dr. Dre, Warren G’s stepbrother. Once they started collaborating, Dr. Dre gathered a number of young artists together and created The Chronic. 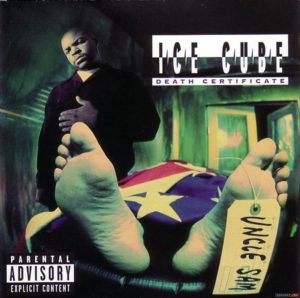 Just like P-Funk, G-Funk is all about partying; however, there are some instances in which artists incorporate politics into their platform. For example, Ice Cube’s “No Vaseline” is a diss track about his former groupmates in the NWA, but it still has a beat that can be played at a party. He also says “I’ll never have dinner with the president,” which is a diss to The NWA’s Easy-E, who paid $2,500 to get into a luncheon hosted by former president George H.W. Bush.

Next Generation of G-Funk: G-Funk's Major Influence in Contemporary Hip-Hop

G-Funk has a significant influence on contemporary Hip-Hop music. From the sampling of beats to the integration of melodies, several recent artists grew up on G-Funk, influencing their style. Not only do the melodies and rhythms influence our music, but the West Coast style that goes along with G-Funk as well. Many people aren’t aware that G-Funk is an integral part of mainstream music. This era is when Hip-Hop crossed the stringent race lines in America, much like the present day idea that rap is the new pop.

This Documentary can only be accessed with YouTube Premium.