Funk music  more of a freedom of expression for blacks. In this genre, the structure was more free and explicit to express identity and the struggles of the 80’s. This is why funk songs are often long in song, typically running from five minutes to ten minutes. Funk songs like “Celebration” and “Every Woman” later became the anthems for LGBTQ and blacks. 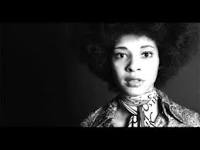