William “Bootsy” Collins was born on October 26, 1951 in Cincinnati, Ohio. He is widely known for being a showman and a flashy dresser, and was a very integral member of the JBs, James Brown’s background group. He stood out from the group due to his bass playing abilities and his massive talent. Collins then switched to George Clinton’s Parliament / Funkadelic organization, which grew his popularity even further. 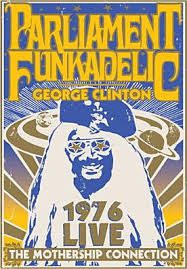 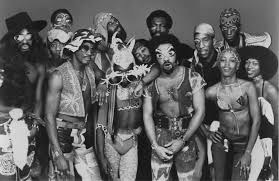 Collins’ popularity followed him and allowed him to form Bootsy’s Rubber Band, with some of his band members from other musical groups he was a part of. The persona of the band was very unique, and Collins was become well known for his outlandish ways of dressing. Some describe it as “part space cadet, part psychedelic warlord.” The albums the band produced include “This Boot is Made for Fonk-N” and “Jungle Bass.”

After working with Parliament-Funkadelic and Clinton and his P-Funk collective, Bootsy Collins had an established sound that included funk music with a strong bass line. The bass line led the rhythm of the music, becoming a forefront of the song rather than another background instrument to keep tempo.

Now, artists that are inspired by Bootsy Collins include Thundercat, Mac Miller, and Anderson .Paak among many others. One popular song he collaborated on recently is After The Storm by Kali Uchis featuring Tyler, The Creator.