The Beginning of Frankie Lymon

Frankie Lymon was apart of the sensational singing group called “The Teenagers”. The Teenagers were five kids from Washington Heights who were discovered by the Valentines’ lead singer Richie Barrett.Their first record, “Why Do Fools Fall in Love?” rose to the top of the charts. At only age 13, Frankie Lymon became the most popular singer across the nation.  The Teenagers kept clean-cut image, and were very energetic on stage. This wholesome image generated sales since it did not upset middle lass American parents. Very much so contrary to the rebellious generation of young adults during the time.

In their early career, the group appeared in numerous televised screenings. These included the movie Rock. Rock, Rock, Alan Freed’s radio show,and the film Don’t Knock the Rock. They later began a tour with Bill Haley and released a single called “Baby, Baby”, which would be on their first album entited Meet the Teenagers. Frankie Lymon and the Teenagers at the London Palladium would be their second album.

Lymon was convinced by George Goldner to remove himself from the group and become a solo act. “Goody Goody” was Lymon’s last record with the Teenagers. Frankie and the Teenagers reunited to sing their hit  “Goody Goody” in 1958  on Dick Clark’s “American Bandstand”. 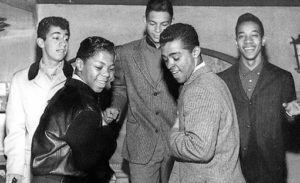 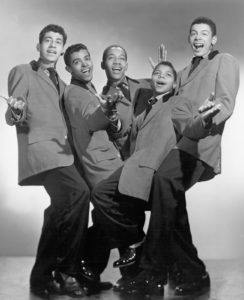 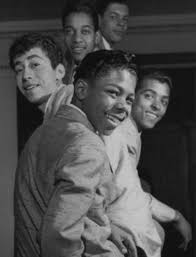 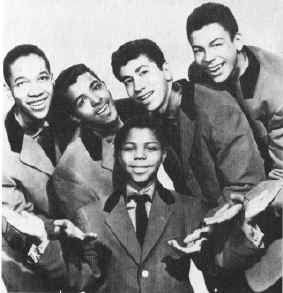 Frankie was a sensation through his voice, personality, and image. Lymon had a gap-tooth, baby-face, and  angel-like voice. This was matched with an ambition for show business and the portrayal of America’s youth. However, as a result of a voice change, Frankie’s career plummeted. His commercial appeal diminished, and his newly tenor voice did not attract record sales and performances. Also, Lymon struggled with addiction. It would ultimately be the cause of his death.  Lymon was very influential before his voice had changed.

Hi voice heavily influenced rock, soul and R&B stars. These included Earth, Wind and Fire, The Temptations and the Jackson Five. All emale singing groups also imitated Lymon’s act, such as Dianna Ross. Due to his impact, Lymon and The Teenagers were inducted into the Hall of Fame.

Singles- Frankie Lymon and The Teenagers

Bessie Smith was a widely known Blues singer whose music was about the sexual love between men and women. There was an importance of allowing

Upon the reading, the target audience thought to be associated with folk music was White Americans. White Americans were influenced by the Folk genre, and