Four’s a Party: An Introduction to Jubilee Quartets 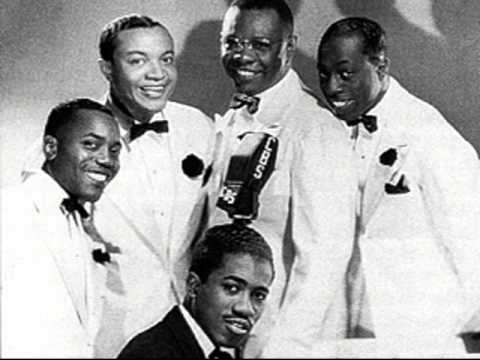 Jubilee quartets emerged near the end of the 19th century and further gained popularity in the start of the 20th century. This genre was instrumental in the augmentation of African-American music. Quartets offered an extension to sacred and secular musical traditions of the era. “Quartet” has often been deemed as a group of four voices or four instruments. However, black artists at the end of the 19th century adopted a new style of music wherein a quartet symbolized the execution of a four-part harmony. The Jubilee Quartet shows precedent as a major milestone in the separation from Eurocentric ideals and traditions. This genre culminated on black college and university campuses in United States as a way to increase the monetary foundation of the schools. Examples of these groups included the Fisk Jubilee Singers and ensembles at Atlanta University and Hampton Institute.

As stated previously, jubilee quartets distinguished themselves from Eurocentric quartets with the domination of arrangement over size. Jubilee quartets could have more than four members, as opposed to the strict limitation of basic quartet groups, because of an emphasis on the four harmony arrangement style. These groups functioned in a variety of syncopated singing styles, including gospel, enhancements of spirituals and folk, and the barbershop quartet. Moreover, the ramifications of the arrangements veered between secular and sacred archetypes. This fact is crucial as their repertoire required flexibility to appease diverse audiences. The jubilee quartets notably included moderate and upbeat rhythms of percussion and guitars into their generic tempos.

Jubilee quartets instituted their founding in fundraising efforts. Their national platform from touring circuits gave positive publicity and necessary funds to their home institutions. As the genre gained in popularity, the music allowed for African-Americans to shift from being viewed as solely slaves and property to being seen as entertainers. Black people were eventually able to advance political strategies through their music with greater syndication. This period also marked the beginning of black individuals reaping monetary compensation for their efforts.

Popularity of jubilee quartets not only rose in the black community but was seen in all aspects of society. Beginning at the end of the 19th century, various quartet groups were recording on discs and cylinders in music studios such as Columbia and Victor. Quartet music hit commercial markets as the genre further developed. The influence of community-based quartets expanded with the spark of the race series with radio broadcasting.

Important Performers of the Genre

Performers who were instrumental in the popularization of the Jubilee Quartet genre include:

During the time of its early popularization, jubilee quartets helped to give create additional quartet arrangements such as community-based jubilee quartets. Jubilee coupled rhythm with spiritual styles to influence later genres, including gospel. Jubilee also gave rise to the ragtime genre. Jubilee gave essential foundations for the creation of jazz, blue, rock and roll, and r&b. The introduction of jubilee  into the African-American music realm provides the polyrhythmic elements notable in contemporary musical styles.

Jubilee quartets were important milestones in the realm of African-American music. This genre symbolizes many “firsts” for black music. This was the first music black people saw with a specific rhythm. This was the first genre in which bass players and lead singers were conceptualized. This was one of the first genres in which African-Americans were compensated for their work and syndicated in broadcasts. Without quartets, I do not believe that black music could have the expansiveness that it is notable for today.

PrevPreviousThe Evolution of a People – The Integration of Black Collectivism Into Society by Way of Quartet and Ragtime Music
NextAn Introduction to A Capella plus Rhythm: Jubilee QuartetsNext