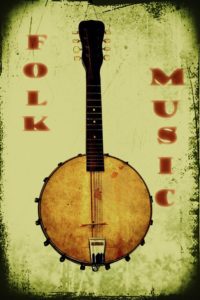 I reviewed “Folk Music” by Ashley Hall. This was an objective article which briefly summarized the elements of folk music. It described the origins being on slave ships which is not a commonly known fact. Folk music was used as a means of storytelling, the sole purpose of folk music was to communicate. Slaves would use folk music to discreetly discuss plans of escape. Some of the elements of folk listed in the article included popular artists and the instruments used. The author also mentions how folk is the root of many other genres of music. At the end of the article the author offered her opinion on the genre and she addressed the misconceptions about folk being pictured as a genre for white people. I appreciated her analysis because there is an evident trend of white people stealing from Black culture and claiming it as their own. When most people think of folk, a certain image comes to mind particularly white redneck culture. It is important that the true origins of folk are told and that Black people get the credit they deserve. I would have never known that the banjo was invented by Black people. Out of curiosity I did a Google image search of “folk” and the results were overwhelmingly white. It is absurd that through social conditioning and mass media the narrative of folk music was completely reversed and it’s origins completely erased.