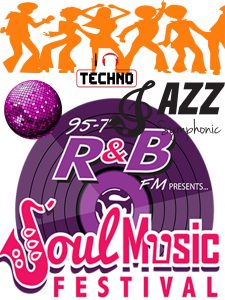 Funk music originated in the mid 1960’s in African American communities. It became a very popular genre of the 1970s and 1980s, it consisted of a mixture of soul music, jazz, and R&B. The most notable Funk Artist was James Brown who set the tone for other artist that joined the movement. Funk branched off to different categories. Funk is not as prominent as it used to be but it still lives on as it is the main influence of Go-Go which is heavily embedded in the culture of Washington, DC. Disco is a genre of music and lifestyle that emerged in the early 1970s from America’s urban nightlife scene, it started off in house parties reaching its peak popularity between the mid 70s to and early 80s. Its initial scenery was the night club and it was designed for almost any community to enjoy. Male, female, African Americans, Italian Americans, Latinos, and other communities in Philadelphia and New York City lived off and personified disco during the late 60s and early 70s. Disco was a worldwide phenomenon, but it died down drastically in 1980, and by 1982 it had lost most of its mainstream popularity in the US. Sometimes to this day people host Disco themed throwback parties to reminisce on the old days. Techno started as an underground movement. It began in Detroit, techno is a form of electronic music produced with a wide array of computer-based digital instruments and software. resulted from the melding of African American music including Chicago house, funk, electro, and electric jazz with electronic music. Techno grew very popular during the 80’s in Europe. It is now prominently popular in white communities more than any other. Techno is a sped up digitalized version of Funk music. To this day, countless people are still listening to techno music. Soul music started in the1950’s and 60’s. Around the same time Race music was replaced by the term R&B. These genres continue to be prominent in the black community and are staples of our culture. It originally started as a term for popular black music. The collage showed how all of these genres intersect and work together to form the Black music culture. Although the images are different they all relate.