"Just don't give up trying to do what you really want to do. Where there is love and inspiration, I don't think you can go wrong....." 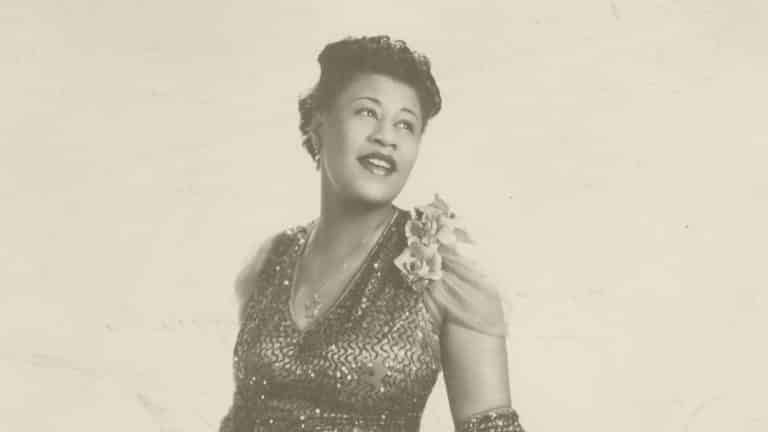 Born to William and Temperance on April 25th 1917, Ella Jane Fitzgerald arrived. Although together at the time of her birth, her mother and father went there separate ways and her moth moved her to NY and lived with Tempie’s ( Temperance) boyfriend. Growing up she worked odd jobs, played sport’s and spent times with the kids in the neighborhood singing and dancing while critiquing people at the Apollo theater in Harlem.

For a few year from 1932 onward Ella faced a series of hardship. Her mother past and then a short time after Joe suffered a heart attack and died. Her and her little sister both moved in with there aunt. Her life circumstances ended up getting her in trouble with the police and getting her sent to the reformatory. All though these were tough time, Fitzgerald credits these years for helping her to grow and mature. She also channels the emotion’s from these times when she’s perfomring.

In 1934,  Ella found her self back in the Apollo theater a place she had frequented growing up except this time she had the importunity to compete during the Amateur night. Although her original act was dance after the Edwards sister dancing act closed out the main show she knew she had to switch it up. So chosen a song she knew well from hearing so often with Tempie her performance of ” Judy” By Hoagy Carmichael helped her receive a standing ovation along with an encore. This lead to her second song ” The Object of My Affections” By the Boswell Sisters.

In 1936 Ella really began coming into her identity as a jazz singing with ” Love and kisses”  As Jazz began moving away from e and swing to bebop so did Ellas singing.  Scat singing became a big part of what she would be know for the improvisations long with the vocalization would encapsulate her audience and help turn scating into an art form.  At the tender sage of 21 Ella manged to sell 1 million copies of ‘ A Tisket, A- Tasket” helping her rise to fame.

Throughout her life she manged to work with big Jazz names like Dizzy Gillespie, Cole Porter, Duke Ellington, The Gershwin’s, Johnny Mercer, Irving Berlin and Rodger and Hart. She appeared on various well know television shows like Ed Sullivan and Nat King Cole.

On June 15 1996 Ella Fitzgerald passed away at her home in Beverly Hills. Ella Fitzgerald was a world renowned African American jazz singer beginning in the early 1940’s and lasted six decades. During her successful career she won numerous Grammy awards, guest starred on television shows, and worked with many of the musical greats of her generation. She originally began by seeking a dance career and accidently discovered her true musical gift of singing. Throughout her career there are times of struggle, triumph, and history making music recording. Her career was dynamic not only because of her singing but her ability to soar in a male dominated field. This research will discuss the pivotal moments of her career and how her ability to improvise and understand music led to her success. Ella Fitzgerald became known as the mother of jazz because of her ability to imitate musical instruments while singing, diction, and rendition of lyrics.