Megan Thee Stallion: The Houston Hottie Is Here To Stay 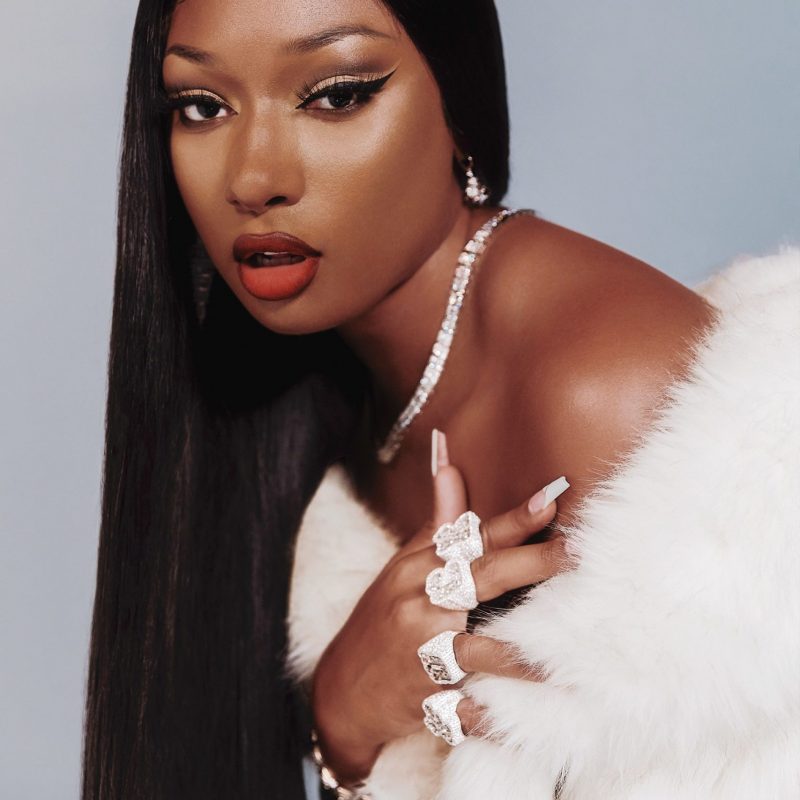 I conducted this research by finding articles from credible publications that included Megan Thee Stallion’s background and information about her musical career. Megan Thee Stallion is a woman of many talents. Aside from her top-tier rapping abilities, she advocates for women’s rights and women pursuing degrees. In this paper, I was able to find substantial evidence that Megan Thee Stallion is a superstar in the making with great intentions of using her platform to help others.

Coming off her 2018 smash hit “Big Ole Freak,” Megan Jovon Ruth Pete, also known as Megan Thee Stallion, has come into the game claiming her crown as the next best women rapper. The Houston, Texas native gained notoriety for her widely popular freestyles on social media platforms. Her cadence, breath control, metaphors, explicit lyrics, and sass have helped her obtain numerous #1 chart-topping hits and collaborations with artists like Beyonce and Nicki Minaj. Her bubbly personality has gotten her makeup collaborations, with luxury brands, and TV appearances have made her a household name. With her debut album on the way, it’s clear that Thee Stallion is on the way to take the crown.

Megan Jovon Ruth Pete was born on February 15, 1995, and raised in the South Park neighborhood of Houston, Texas. Her mother, Holly Aleece Thomas, was a rapper under the name of “Holly-Wood.” This is where Megan began to develop a passion for rapping. By watching her own mother maneuver through the rap game, it gave her the confidence to do so as well. Her mother would bring Megan with her to studio sessions as well.  Her father was incarcerated for most of her life and unfortunately passed away when she was 15.  When she was a young adult woman, men would call her “stallion” because of her tall stature and curves. Megan began to call herself Megan Thee, Stallion. As Megan’s excitement to rap grew, her mother was nervous for her daughter to start rapping because Megan’s lyrics were sexually explicit. She made her daughter promise her that she wouldn’t start rapping until she was 21. In 2013 Megan began college at Prairie View A&M University.  Praire View was also the place where she gained a lot of her success. A youtube clip of her freestyling among a group of men went viral on Twitter, Instagram, and Youtube. Megan, later on, transferred to Texas Southern University to major in health administration. She is currently a third-year student.

Her musical career began in 2016 when she released her first single “Like a Stallion” and a SoundCloud mixtape under the same name. she followed up with Rich Ratchet in late 2016 and Megan Mix in 2017. All three mixtapes had minimal success but were only talked about regionally in Houston. Her real success began in late 2017. She released her first professional mixtape, “Make it Hot.” The single “Last Week in HTx”  was very successful and gained over a million views on youtube. Her hard work paid off when she signed to 1501 Certified Entertainment, an independent label by ex-professional baseball player Carl Crawford in Houston. Megan was the first woman rapper to be signed to the label.  Her first project under 1501 was “Tina Snow,” which was a 10 song mixtape. “Tina Snow” is a reference from Pimp C’s alter ego Tony Snow and many alter egos. Standout tracks like “Hot Girl” and “Cocky Af” displayed the rapper’s ability to switch seamlessly and deliver hardcore lyrics. In 2018, Meg Thee Stallion also signed to 300 Entertainment, a label founded by Lyor Cohen and Kevin Liles. The label roster includes Young Thug, Guna, YNW Melly, and many more successful rappers. This also made her the first woman rapper on the label.  In 2019, she positioned “Big Ole Freak” from her Tina Snow mixtape to be the lead single. It was a hit! It charted at #99 on the Billboard Hot 100 and later peaked at #65. Megan was on the rise. Her single was successfully charting, and her fan base was steadily growing.  On May 17, 2019, she dropped her second professional mixtape, “Fever.” Fever was when Megan introduced us to her other alter ego, “Hot Girl Meg, “A more outgoing and around the way type of girl. Stand out tracks like “Realer”, “Cash Sh*t”, and “Simon says” are more upbeat songs. Showcasing her versatility and wordplay. In January 2020, she announced her debut album “Suga”. Her lead single was “B.I.T.C.H.,” Which was very different than her other songs. It was very melodic, and she was singing using autotune. However, her rollout was cut short due to label issues. 1501 Entertainment had delayed her album release due to her wanting to renegotiate her contract. She took the matter to court and rebranded Suga as another EP/mixtape after the judge granted a temporary restraining order against the label. Standout tracks include “Captin Hook”, and the smash hit “Savage”. Savage was an instant hit on the app Tik Tok. Thousands of people created dance videos to the song. “Savage” eventually was remixed by Beyonce, which propelled the song to go #1 on the Billboard charts. This was Meg Thee Stallion’s first #1 hit. Since the unfortunate change of plans, Megan has only bounced back. She released “Girls in the Hood” on June 26, 2020.  In August 2020, she has featured in Cardi b’s single “WAP.” The song was a huge success from the video obtaining over 20 million views. It has become Megan’s  2nd #1 on the billboards. Recently, she released the single “Don’t Stop” featuring Young Thug. Additionally, she has announced that her debut album  “Good News” will be released on November 20th, 2020.

Lil’ Kim released Hard Core in 1996. The album was the start of a different type of rap. Lil’ Kim demanded respect with her bars, but she also could exert a sexiness through her explicit lyrics. She opened the doors for women rappers who wanted to rap but didn’t want to shy away from the gritty talk men rapped about. The crown was passed down to Nicki Minaj from the early 2000s to the late 2000s. She joined the Young Money crew with Lil Wayne and Drake. The trio was untouchable. Her debut album Pink Friday went platinum and featured songs like “Moment 4 Life” and “Your Love.” Nicki was able to keep up with the men, and most of the time out rap them on their own songs. Kanye West and Jay Z both admitted that Nicki’s verse on Monster was the best. However, in the late 2010s, there was a lack of women rappers. Some had a hit song, but they weren’t able to keep the momentum. This was due to the music labels’ inability to market and promote them correctly. However, Cardi B broke that curse. She successfully was able to market herself from her social media platforms and her tv appearances. Building a core fanbase before releasing her hit “Bodak Yellow”. Cardi B’s success opened the door for the new generation of women rappers to emerge and exist including Meg Thee Stallion. Some of Meg Thee Stallion’s contemporaries include Doja Cat, City Girls, Flo Milli, Rico Nasty, Rubi Rose, Mulatto, and more.

Megan has stated that one of her major influences is the late Pimp C of UGK, a Texas rap icon. She additionally is influenced by Beyonce and Three Six Mafia.

“I feel like I have to put on for my city, because we have so many legends and so many greats,” Megan tells RS. “But I don’t feel like we ever really had a female rapper come from Houston or Texas and shut shit down. So that’s where I’m coming from with it.” 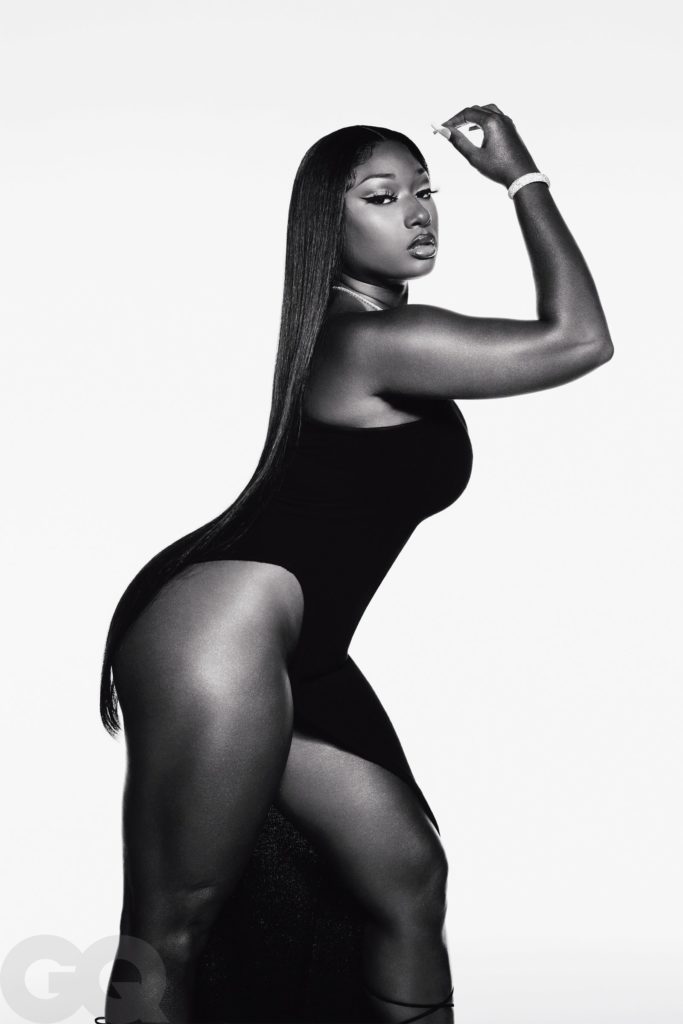 Meg Thee Stallion has owned her sexuality from the moment she stepped into the spotlight. She shows that through her sexual lyrics, her clothing, and her attitude. Her curvaceous body isn’t something that she ever hides. She proudly shows her curves in her outfits. Young black girls whose bodies aren’t petite can look up to Megan. She is redefining what femininity means to Black women. That we can be loud about our sexuality because we own our bodies.  On July 15, 2020, Megan Thee Stallion stated that she had suffered gunshot wounds and had undergone surgery to remove the bullets. At first, she did not name the shooter. However, she told the public that rapper Tory Lanez shot her. She revealed that she didn’t name first to protect him and her, but due to his camp spreading lies about the shooting, she decided it was right to tell the truth, and clear her name. Meg Thee Stallion incident was made fun of. People made memes, and many people didn’t believe her. On October 13, 2020, she published an op-ed dealing with the emotional stress she faced due to the shooting and how Black women are not being protected in our current society. 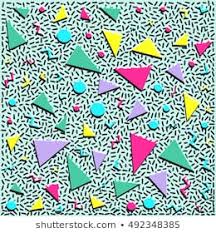 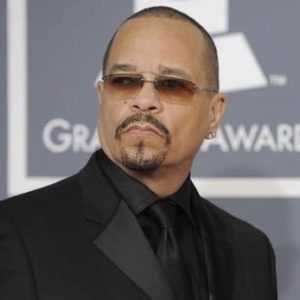 How Ice-T Brought Gangster Rap to the Masses

How Ice-T Brought Gangster Rap to the Masses His Beginnings The man now known as Ice-T was born Tracey Morrow in Newark, New Jersey. In 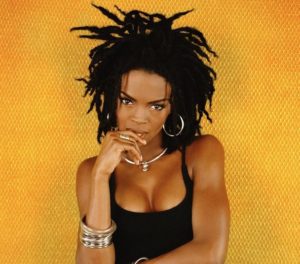 Lauryn Hill: The Artist Paper Artist History      Lauryn Noelle Hill was born on May 26th, 1975 in Newark, New Jersey. She is the 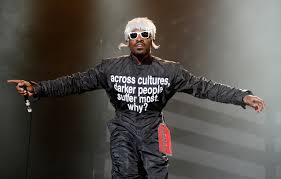 Earth to André Real guys go for real down to Mars girls. André 3000         André Lauren Benjamin, popularly known by his 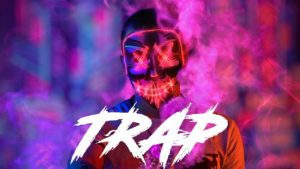 For my group project, I presented on Trap music. Here, i have attached the link that leads you to the project. Click the title “What is Trap Music Anyways” to access the project. 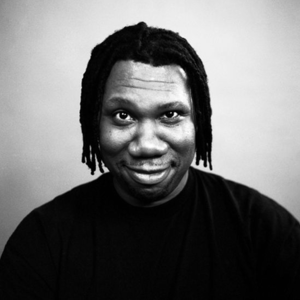 “Don’t pray for an easy life, pray for the strength to endure a difficult one.” Much like this quote, The KSR documentary teaches us that Hip Hop serves as a representation of the Black community and we should cherish and educate ourselves about it. 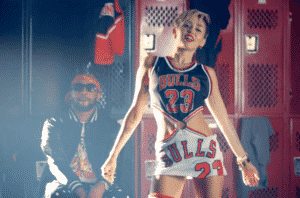 The Whitewashing of Hip Hop Culture The debate of cultural appropriation still rages on, from hair to clothing, to tattoos, and even evolving into music 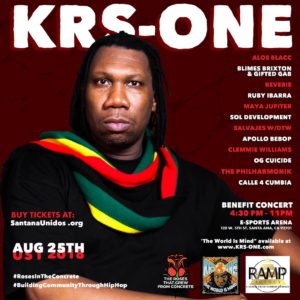 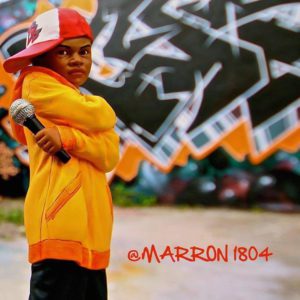 MCing – The Art Of Hip Hop

What is MCing? MCing is another term given to someone known as the “Master of Ceremonies.”  MCing is seen as the oral aspect of Hip 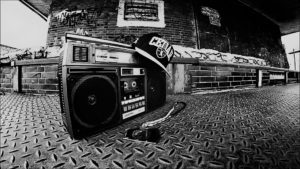 The Power of Hip-Hop

The Beat is Hot! The term “Hip-Hop” was first used by the South Bronx community leader Afrika Bambaataa . “Hip”, meaning ‘current’, has been a 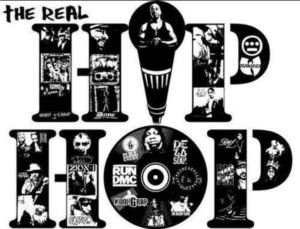 What is Hip Hop? Hip-hop, cultural movement that attained widespread popularity in the 1980s and ’90s; also, the backing music for rap, the musical style incorporating