The Man Behind the Music: James Sylvester Scott 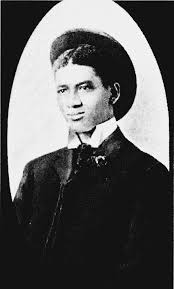 Who is James Sylvester Scott?

James Sylvester Scott is known to be one of the many major ragtime composers.  Scott was born on February 12, 1885 in Neosho Missouri.  He was the only ragtime composer to grow up in southwestern Missouri at the time which made him very noticeable at the time.  Scott’s early interests in music theory, sight-reading, and learning the piano were evident indicators of his musical capabilities at an early age. James Sylvester Scott is the most important pianists and composer of the classical ragtime period because of his use of mixing various musical ideas in order to create a new style of ragtime music, differing from the original and oldest idea of the music era. 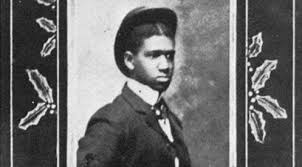 James Scott first learned music from his mother who had no formal musical training.  She would play a plethora of folk and African American music based on her own knowledge. It is safe to assume that a lot of Scotts ability to create stylistic and authentic music came from his mother.

Scott’s private lessons with a black music teacher John Coleman, revealed his perfect pitch and impressive understanding of harmonies.  This allowed him to move along quickly with his studies. His family moved to Carthage, Missouri in 1901 and soon thereafter, Scott’s father bought the family their first upright piano.  After more exposure to the instrument, Scott began to obtain gigs, playing in saloons.  Audience members would describe his posture when playing.  His left leg was usually wrapped around the left leg of the piano bench, stool, or chair.  With this stance, he was able to really feel the music, normally rocking back and forth to the beat of the music he was playing.  Scott was also known for his “flying fingers” because he would scale every inch of the piano whole also fitting as many tones as possible into one single beat.  This is a clear indicator of Scott’s unique style. Prior to this time, piano music was uniformed, stagnant, and lacked rhythmic style.  It was not until ragtime where music started to have its own character with more notes off the beat. Scott took this a step further by creating his own melodies with abrupt phrasing.  His music and stage presence created a specific atmosphere and more of a feeling to his rags.

Scott continued performing in places such as the Delphus Theater and Lakeside Park as his career continued to flourish. In 1902 Scott was hired by the Dumars Music Company where his first rags, A summer Breeze (1903), The Fascinator (1903), and On the Pike (1904) were published.  All three works had similar styles, including repeating rhythms with the left-hand lower notes, and creative off beat melodies in the right hand.  These first three rags granted Scott a lot of recognition and soon in 1906, James Scott met Scott Joplin.  After collaborating with Joplin’s publisher at the time, Scott published Frog Legs Rag, one of his most well-known rags. The work was heavily syncopated, upbeat, and showcased many different octaves.  This piece alone shows his personal distinctive ideas that have successfully led him to become one of the most appreciated composers at the time.  His music was distinctly different from other composers of his time, while still achieving aspects of the original ragtime style.

James Scott continued to publish rags throughout the ragtime period, gaining major success. However, his time began to diminish as the era of ragtime slowly came to an end.  James Scott made a major impact, becoming one of the most important composers of the ragtime period by creating feeling, character, and personal style in his rags, something that wasn’t achieved by other composers such as Scott Joplin, who was still a major figure at the time.  This is what made James Scott unique and appealing to those who enjoyed listening to him.  He stepped outside the boundaries of original ragtime which inspired others, especially those he soon taught himself, to do the same.

Look below to hear some of Scott's best work!