What is the Invisible Church?

When the enslaved Africans first arrived to the United states of America, everything they knew was stripped away. They were split from their family members, stripped of their language and culture, and forced into harsh and unpaid labor. To say the least, they were miserable. In the 1770s, the Great Awakening came to fruition, and the White man’s religion was introduced to the slaves as a way to enforce obedience. Slave masters wanted slaves to attend the White churches, so that the preaching they heard taught them that God wanted them to be obedient to their masters. This was one of the many forms of brainwashing White people tried to fill African-Americans with in order to keep them from revolting. The enslaved Africans though took religion into their own hands forming this idea that we know today as the “invisible church”. The invisible church started off in the slave quarters where slaves who claimed to have a message from God would preach to the others. It developed into a form of worship which included song and dance. Christianity amongst the slaves grew as it gave them a sense of hope.

Songs One May Have Heard at the Invisible Church...

Importance of the Invisible Church

The invisible church was important to the enslaved Africans because it was their sense of hope. Growing to know God and worshiping him gave the slaves a reason to go on. It was also a way to unify each other through a commonality. The invisible church also gave enslaved Africans a way to express themselves whether that be through preaching, prayer, song, or dance. It brought the slaves back together as a community working towards a common goal, survival and freedom. 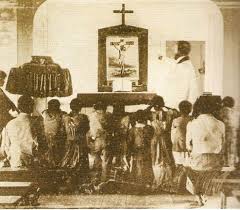 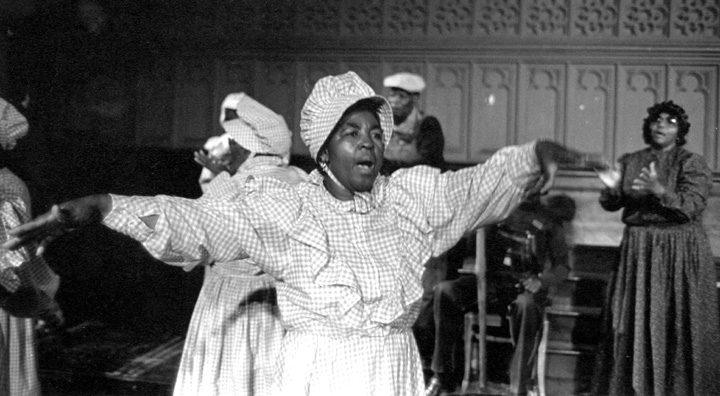 The Double Entendre in Negro Spirituals

Slaves were forced to write and sing their spirituals with double meanings, double entendres, in order to keep their master unaware of what they were truly singing about. Spirituals in particular often were sung using Eurocentric ideas of Christianity to keep the master happy. Christianity and practice of religion in general was also an escape for the enslaved Africans.

"When Israel was in Egypt land, let my people go"

Emphasizes the desire for freedom

Religion brought the slaves hope, and this quote reinforced the slaves faith in God whom they believed to be their relief in their time of temporary pain.