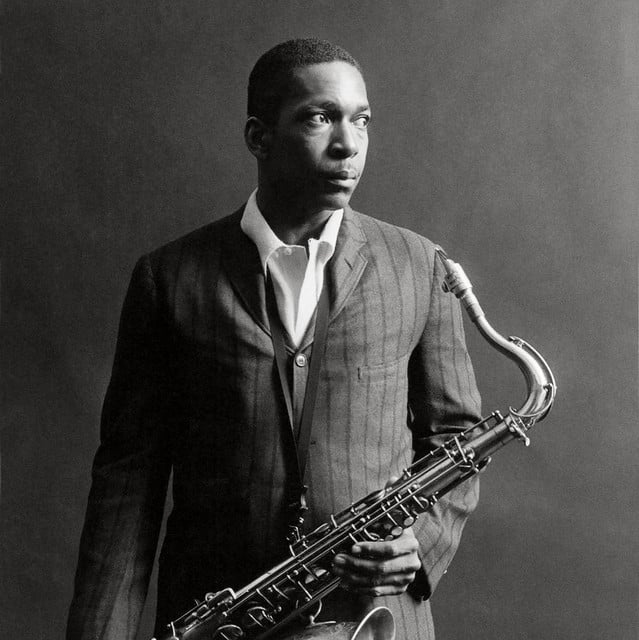 To being, John Coltrane was an American jazz saxophonist and composer. Working in the bebop and hard bop idioms early in his career, Coltrane helped pioneer the use of mode. In the beginning Coltrane was playing with bebop and a mixture or following the beat of the drums and piano. Following, Coltrane’s style was nice introduction of free jazz. The way he played his saxophone was soothing. Between the melodies of the base, piano, and the drums, he served as the soloist, bringing all of the attention to him and his instrument.

There wasn’t as much swing as I expected, but more so a lot of improvisation. His style of jazz is what a lot of modern jazz looks and sounds like today. Once again, there was no dancing, except the casual heading nodding, foot tapping, and slight grin, indicating that one was feeling the beat being played.

His intense style was original in his own right, and that is something that is undeniable. The notes that he played in the solo was more than just one note following another; the notes came so fast. It came with many overtones and undertones. His playing had the effect of a piano player “striking chord rapidly,” but managing to separate each note. The subtends can be describes to be vibrating and articulated well.