I Am the Culture

Looking at KRS Ones ideas.

I am hip hop all the time….

It was said that to claim hip-hop, you have to be about it all the time. Where ever you go, it goes, it is you. In my opinion, you can tell the difference between someone who is ‘hip hop’ and someone who is hip-hop. When you are willing to give up everything for this, it truly becomes an embodiment of you and your identity. You have to live unashamed of who you are and what you love; courage is necessary.

Who Goes To War…. Hip Hop

As human beings, we are so blind and ignorant of exactly how the world works. KRS made a point he said, ‘ how is it that people willing go to war at the command of one person.’ No one questions the idea that this one person who isn’t going to battle gets to decide when it’s time for a fight and who it should be against. The thing the helps the soldiers get through what’s going on is hip hop. The problem which is pointed out is that a lack of identity causes problems and leads to hurt people hurting people. Truth has to be the number one thing, the forefront. 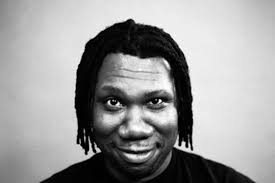 Suffering Can Lead to a Bigger Blessing…

One of the biggest qualms I have with my generation is the need for everything to be handed to them on a plate. Each step laid out for them without having to go through something, without having to deal with pain. I always say, in the presence of pain, there is growth, but to grow, there must be some pain. Whether we like it or not, pain can teach us and propel us in so many directions. The absence of the experiences to some may seem like a bigger blessing, but, in reality, it has allowed them to gain courage and live there truth.

“Love will figure all that out…..”

Why Are you Worried …

We don’t think twice when we hear someone in a different country flawlessly repeat a Tupac or Lil Wayne song. But why is it that we allow the problems and experiences of others to affect us and our lives. We can be so removed from the situation, be it physically or mentally, and yet we allow ourselves to be engulfed by its attraction and allure. The problem doesn’t lie in the sharing of ideas; it lies in the lack of originality it may bring as a result. It all ties back in maintaining originality and having the courage to live your truth; being hip hop.

Living in America as a black woman, you are always being judged. If not for the color of your skin, its for the fact that you are a woman, and somehow, that’s a disadvantage to you and a disservice to others. One major thing KRS brings up is the fact that nowhere in the world can you find a culture/ race or ethnicity that genuinely lives out Dr. Kings I Have a Dream speech, and that’s hip hop. When hearing this, it made me ponder about what had drawn him to this conclusion. When looking at the facts, he’s correct, and true hip hop has a list of criteria you’re judged by ‘ your character.’ It not about what you look like; its how true you are to your self, and that’s just facts.