Blues: The Genre of Many Emotions- Alana Edmond

Blues originated in the deep south, particularly from the Mississippi Delta in the early 20th century, and developed largely from folk music sung by enslaved African Americans while they toiled under the sun.

Blues is typically music that sings about…well, the blues! Blues tends to tell a story, common themes include stories of betrayal or heartbreak. However, there are many blues songs that tell a story of triumph, overcoming adversity, and just having a good time.. It’s a genre all about expressing emotion.

How did Blues become popular?

The publisher and composer, often deemed “the Father of Blues”, W.C. Handy (picture to the right), had a lot to do with the commercialization and popularity of the genre. Handy discovered a man playing blues music in 1903, and was completely in awe of the genre. Handy then became the first person to transcribe and publish a blues song, “Memphis Blues” in 1912. Furthermore, the Great Migration of African Americans from the South to the North that started in the 1910’s also brought the south’s rich musical styles up north. Blues changed from just a regional genre and expanded into many different styles such as “Chicago Blues” and “Detroit Blues”. 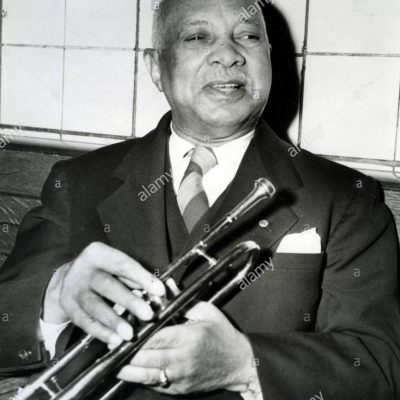 Blues took over mainstream pop culture and unfortunately found itself in the hands of appropriators just like many forms of Black music. A sped up version of Blues was adopted by white artists and became known as “Rock n Roll”. However, blues did inspire “R&B”, short for “Rhythm and Blues”.