How the Blues was Therapeutic for Black People by Olivia Tomlinson

The blues was a secular music created in the early 20th century.  Prior to the blues most music was sacred or spiritual in nature, or it revolved around the daily work lives of African-Americans.  The blues was a way for African-Americans to be able to describe and talk about the other factors in their lives.  Blues introduced the topics of sex, drinking, abuse, and heartbreak/love; all things that African-American men and women were able to relate to.  In a way the blues (and the respective clubs and joints that were created for people to perform and dance) was a sort of church for sinners.  With the introduction to the blues African-Americans were able to express themselves in a way they didn’t or couldn’t before.  Now after long work weeks people were able to turn to the blues to shake off all their burdens and enjoy the pleasures of life on a Saturday night, go to Church on Sundays and “cleanse” themselves of sin, and return back to work.  The blues was a raw expression of what African-American men and women dealt with on a daily basis.  These expressions were then able to be transformed into other genres like R&B, rock n roll, and others. 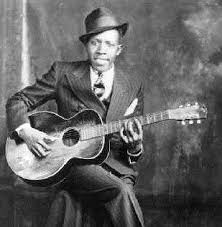