The History of Jubilee Quartets
By: Jadah Best Throughout American history, African American music has played a great influence on society as a whole. Each era within time has created a genre of music that relates to what was occurring during that time. Negro Spirituals were the first type of African American music in America. Negro sprirtuals led to the creation of the Jubilee Quartet in around 1880. A jubilee quartet is usually a group of four singers (at times there isn’t four members singing) that were more than likely men. The four members include the 1st tenor, 2nd tenor, baritone (who is the leader), and bass. The 1st tenor has the highest voice while the bass has the lowest. The jubilee quartet is an ensemble in which the different members of the group use their voices as instruments all while harmonizing within one another. The transitional period took place from about 1910-1920 while African Americans were moving to the North.

Like most things there are different types of Jubilee quartets; University Jubilee, Ministry Jubilee, Community Based, Shape-note Church, and Barbershop. University Jubilee was developed as a result of the newly freed slaves attending school following the Civil War. The quartet was a way for the university to gain financial support.  Fisk University was the first university where university jubilee quartets took place. Ministry jubilee was a traveling show. During this show for the most part white people made fun on African American people by wearing black face and performing. The jubilee quartet was however was the main focus of the show. Many may think “why would black people participate in such a show,” but during that time it was a good way for blacks to make money. Due to the fact that, there wasn’t radio during this time, this show was the main way for people to listen to others sing. Furthermore, there is the community based jubilee quartet which sang at local singing competitions and church services. Shape-note jubilee quartets are considered to be church quartets. Shape-note was secular and spiritual. While, barbershop jubilee quartets were your traditional barbershop folk singing together. 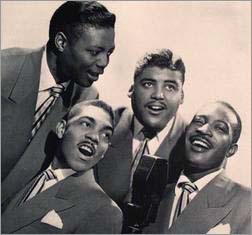