A Background and Introduction of the Negro Spiritual

The Negro Spiritual began during the 1800s during slavery. During this time period, many slaves had been forced to be converted to Christianity by their white slave captures and missionaries. In a strong form of resistance, slaves decided to make their own interpretation of Christianity with singing spirituals. These spiritual songs reflected the cruel realities of slavery and the experiences of black people that were held bondage under this inhumane system. While many  white Christian despised and criticized the Negro Spiritual, it was praised by many others and helped change the American musical scene forever. One of the most famous spiritual and Opera singers of the 20th century, Marian Anderson, helped show America and the world the talent and genius of the Negro Spiritual.

What Elements Define the Negro Spiritual?

The earliest foundation of the Negro Spiritual is the folk spiritual. Folk spiritual songs are arguably the first known religious songs sang by slaves. The style of folk spirituals was strictly sang a capella and only accompanied by hand clamps and foot stomps. Other important aspects of the Negro spiritual included call-and-response and ring shouts. Call-and-response continues to be a powerful tool that is used to connect an individual solo singer with their singing counterparts and with an audience. It encourages people to join in the singing and can still be heard today in many other musical genres outside of spiritual songs.

Arranged and concert spirituals changed the way black performers and singers were depicted. Previously, many white minstrels wore black face and portrayed black singers as not serious and buffoonish.  However, the rise and success of arranged spiritual groups of the Fisk Jubilee Singers and soloist singer Marian Anderson shattered these derogatory and racist images. Instead, black performers of the Negro Spiritual were serious and professional, wore professional attire such as tuxedos and dresses, and sang patriotic songs, spiritual songs, and other popular musical genres. The success of the Fisk Jubilee went beyond just the African-American community, but to also white audiences and even overseas to Europe where they found international fame and acclaim. Arranged and concert spirituals are still sang today by performers. The impact and significance of the Fisk Jubilee Singers has continued to play a large role in the culture and history in many choirs of historically black colleges and universities (HBCUs), such as Hampton University, Spelman College, and Morehouse College.

With arranged and concert spirituals, it is important to note that many were sang in choral arrangements.  However, this changed when Harry T. Burleigh became the first person to arrange the solo arrangement of the Negro spiritual. The solo spiritual is nearly identical in its structure and elements to that of arranged and concert spirituals. However, an instrument, such as a piano, pipe organ, or acoustic guitar is accompanied with the solo singer. Famous solo singers of spirituals were Paul Robeson and Marian Anderson. Marian Anderson is truly one of the greatest female solo spiritual singers of the 20th century. 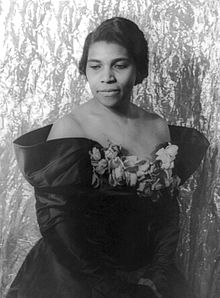 Who was Marian Anderson?

Marian Anderson was born on February 27, 1897 in Philadelphia, Pennsylvania. As a young girl, Marian was an active member of her church’s choir and when Marian was 8, her father bought her a piano. In her choir, she sang all parts- bass, tenor, alto,and soprano. Her nickname became known as “Baby Contralto”.

As a child, Marian’s family did not have a lot of money for her to receive voice training lessons, so she taught herself how to sing. Later, when she was also, her church raised $500 for Marian to receive training from Giuseppe Boghetti. Boghetti was really the one that would allow Marian to make a professional career out of singing and showcase her talented voice to the world.

Marian preferred to perform in an arranged style and in concert style. The majority of her performances were in concert halls or for recitals. In 1928, Marian became the first black female singer to perform at Carnegie Hall. This sparked attention and fame of her voice and led her to doing a tour of Europe due to her receiving the Julius Rosenwald Scholarship. Marian’s voice had became so popular and famous in both the United States and Europe that she became the first black singer ever to receive the honor of being invited to sing at the White House by President Franklin D. Roosevelt and First Lady Eleanor Roosevelt. Much of Marian’s career would involve her breaking down many barriers, including her becoming the first African-American singer to perform as a member of the New York Metropolitan Opera.

Not only was Marian an accomplished singer, but she was also a civil rights activist who fought for black singers and black citizens to be treated as equal members of American society and receive fair and just treatment. In 1939, her manager set up a performance for her at Constitutional Hall in Washington, D.C. However, the owners of the Hall, Daughters of the American Revolution, refused to let Marian sing at Constitutional Hall because of her race. This sparked national controversy and outrage. As a result, the attention of First Lady Eleanor Roosevelt was caught and Eleanor invited Marian to sing in front of Lincoln Memorial on Easter Sunday. Marian’s Lincoln Memorial performance drew an audience of more than 75,000 people and was broadcast on the radio for millions of people to listen to.

Marian has been honored with many prestigious awards for her legendary career, including the Presidential Medal of Freedom in 1963, the Congressional Gold Medal in 1977, the National Medal of Arts in 1986, and a Grammy Lifetime Achievement Award in 1991.

On April 8, 1993, Marian died of congestive heart failure in the home of her nephew in Portland, Oregon.

it is unknown what Marian’s net worth was, but it can be inferred that it must have been relatively good and she lived a very comfortable lifestyle since she had her own manager and did numerous tours around the United States and Europe. In 1943, she established the Marian Anderson Award after receiving $10,000 from the city of Philadelphia. The award was meant to establish a signing competition to help support young singers. The award was disbanded in 1976 because of funding. However, the ward was re-established in 1990 and goes to an artist (not necessarily a singer) who exhibits humanitarian leadership. Many legendary artist have recieved this award, including Harry Belafonte (1998), Elizabeth Taylor (2000), Quincy Jones (2001), Oprah Winfrey (2003), Sidney Poitier (2006), Richard Gere (2007), Maya Angelou (2008), Bill Cosby (2009), Mia Farrow (2011), Berry Gordy (2013), Jon Bon Jovi (2014), Patti LaBelle (2016), and Dionne Warwick (2017). The award is dispensed $25,000 annually.

The Negro Spiritual and Marian's Influence and Legacy

The Negro Spiritual has had a lasting impact on black music. Elements of the Negro Spiritual, such as call-and-response can still be heard in performers today. Gospel music is also a directly influenced from Negro Spiritual songs. The Fisk Jubilee is still a group today and members continue to perform and tour. Other genres influenced by this spiritual genre include the blues, soul and rhythm and blues (RnB). Marian Anderson has also heavily influenced the black community by breaking down racial barriers for black artists and for ensuring that African-American artists are taken seriously and respected. 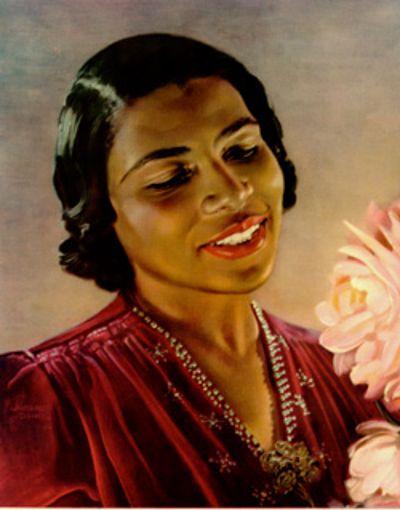 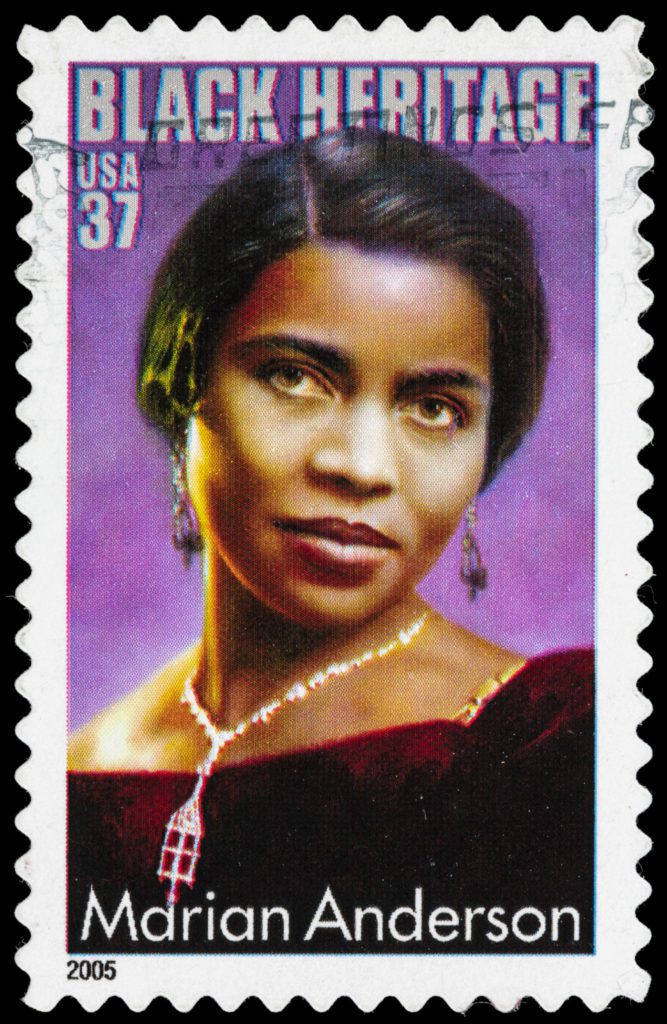 Summary and My Personal Opinion