Noted Singers Throughout the History of Negro Spirituals 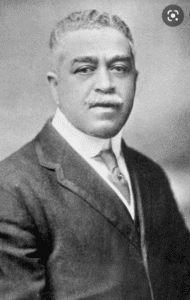 Harry T. Burleigh was born December 2, 1866, in Erie, Pennsylvania. Burleigh is known for being the first African American composer who was praised for his work and his alterations of negro spirituals. He was said to have learned most of his musical talents at a young age from his mother and his grandfather, which is where he also learned the spirituals that he mimicked. During his time as a composer, he wrote over 200 songs that were considered to be based and written as spirituals. One of his more popular pieces of work is the song Deep River where he sings with a very rich bass-baritone voice.

Sister Rosetta Tharpe, born Rosetta Nabin in Arkansas, is also known as the godmother of rock n’ roll and was a pioneer to the genre. Tharpe grew up in a family of religious singers and around the mid 1920’s she started performing spiritual music with her mother in Chicago. Also a talented guitarist she was ahead of her time because in the mid 1930’s female guitarist were really unheard of, that paired with her unique voice and profane themes she fused together gospel and rock n’ roll that pioneered a new style. 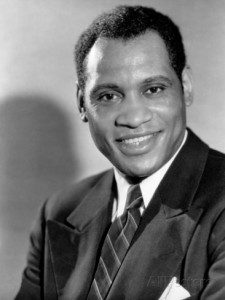 Paul Robeson was born April 9, 1898 in Princeton, New Jersey. Robeson is best known for his show at the Greenwich Village Theatre in New York. During this show, alone, Robeson sung all of the know negro spirituals. Robeson is a known actor, athlete, singer, and global activist; and also know as the first African-American to give a solo performance of all of the negro spirituals. Similar to Harry T. Burleigh, Paul Robeson also has a bass-baritone voice in his music.