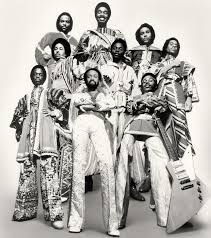 The funk band Earth, Wind & Fire emerged in 1969 when Maurice White, Wade Flemons, and Don Whitehead teamed up to make music.  The group acquired their name based on Maurice White’s astrological sign, Sagittarius. Sagittarius has qualities of Fire, Earth, and Air and he created the name “Earth, Wind & Fire.”  Upon creating this name, White held auditions and welcomed three new members to the band. In February 1971 the band released their debut album Earth, Wind & Fire, which peaked at number 24 of the Billboard Top Soul Albums chart.  By March 1974, the group broadcasted three additional albums with a host of singles and album cuts. 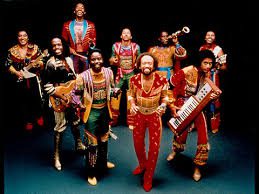 Earth, Wind, and Fire’s song have inspired the entire music community.  Their songs have been covered by many of the “greats,” including Whitney Houston, Patti LaBelle, Yolanda Adams, and Chaka Khan.  Their songs have also been sampled by a large number of modern musicians including Drake, Common, TLC, Jay-Z, and Tupac Shakur.

From the time of their creation to the present, Earth, Wind & Fire has produced twenty-one (21) studio albums under that name.  The group has cycled through dozens of member since its formation, but Earth, Wind & Fire will always be iconic get people dancing.