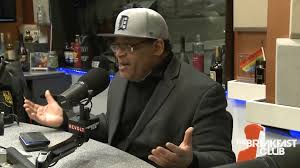 In response to the Breakfast Club’s interview with Michael Eric Dyson, I agree with every single thing he said. He touched on sensitive topics such as white mediocrity and misogyny in the music industry. He talked about the time when Beyonce lost the album of the year award to Adele. We all know Adele did not deserve that award but again we witnessed a fellow African American woman who is a lyrical genius fall short to a mediocre piece of work by a white woman. We all know the quote “you have to work twice as hard to get half of what they get” but when is enough is enough.

To resolve this issue I feel as though we should stop viewing these obvious racist award shows.  We should not feign for the approval of white people and utilize the award shows which we already have. This is easier said than done because we have been trained to think that white is always “right”. Once we start realizing on our own worth and recognizing the accomplishments amongst our own people then we would not have get angered when losing to mediocre piece of work. The awards that might be received from this other awards should not be the goal but looked at as plus.